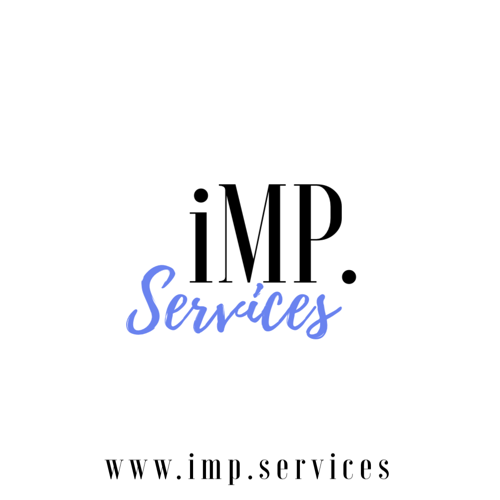 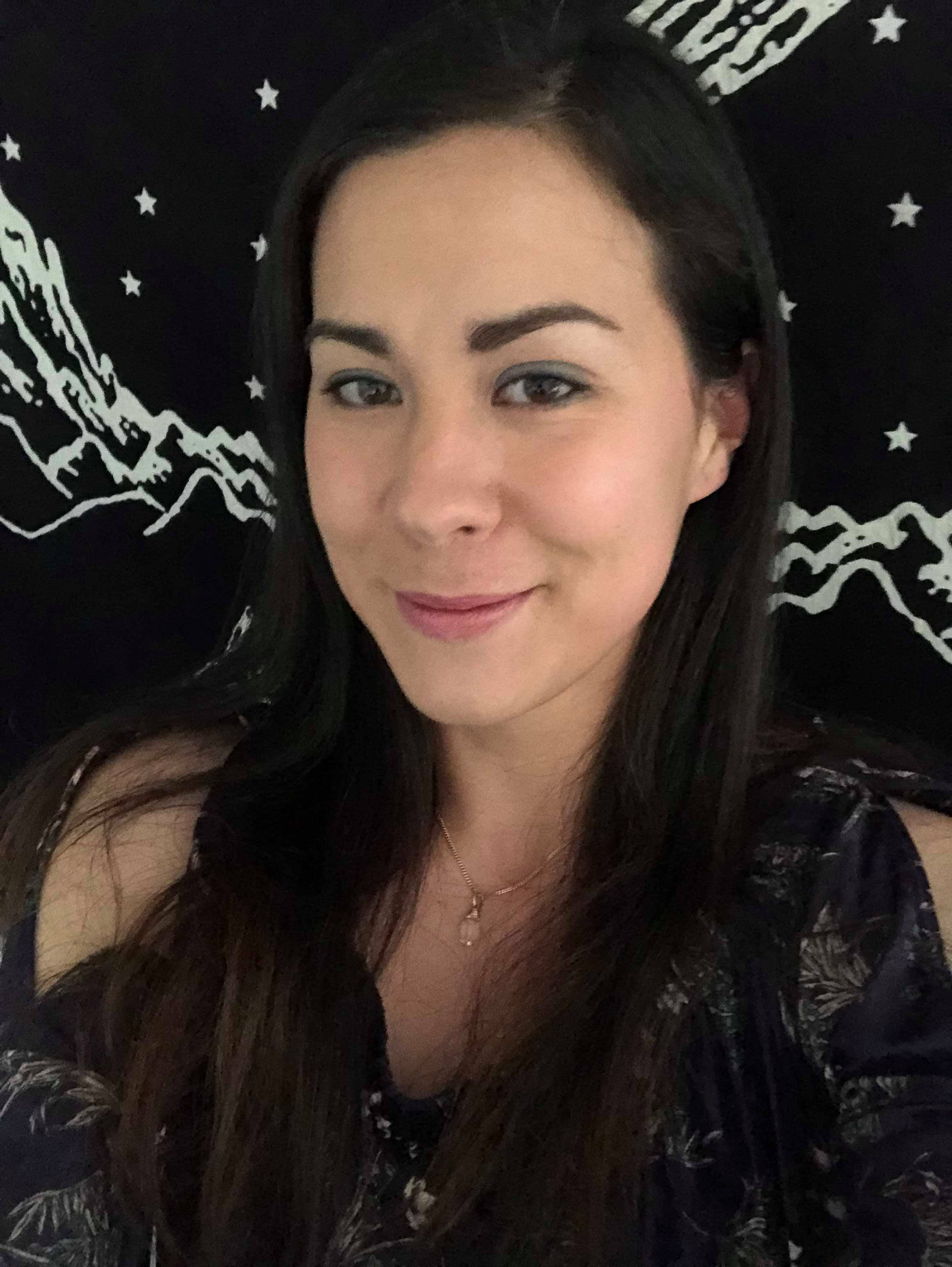 Karen Damon has been imagining new tales and bringing them to life through her writing since she was a young girl growing up in Burlingame, California. Though oddly enough, most of her professional life has been in the zoological field, where she volunteered at the San Francisco Zoo and worked as a tour guide at Safari West in Santa Rosa for many years. Karen always assumed she would make her career in the animal field, as she holds a Bachelor’s degree in Zoology, but her passion for writing was a fire within her heart that was not to be ignored.

Aside from writing, in her spare time she enjoys studying astrology, tarot, and anything magical or mystical.

Through Snowy Wings Publishing, as T. Damon, Karen is the author of The Forest Spirit Series (The Falling, The Haunting, The Reckoning, and The Awakening, available now), an original faery-tale fantasy series for middle-grade readers.

Other works can be found as K.L. Teal., notably the inventive novel, A Girl Named Dracula. 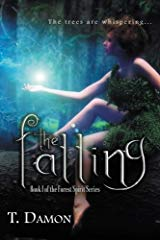 A drastic change within an enchanted Forest occurs in The Falling, the mystical first volume of The Forest Spirit series. An upheaval of normalcy affects the various kingdoms of mythical beings and animals caused by a Higher Spirit's fall from grace. Now it's up to a group of the smallest and most oblivious of creatures, the nymphs, to save their Forest and reinstate the Forest's spiritual balance of good and evil. Narena, her brother Nyxen, and debonair warrior Kellen join forces with a sassy faery, wise salamander, and human witches to discover that even the tiniest of beings can create an enormous impact on the world around them. 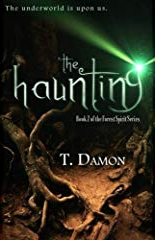 A new king is crowned in Nymph Kingdom, and shortly afterward a portal to the underworld is opened; releasing ghosts, beasts, and horrifying creatures. Goblins run rampant and kalpies move about at their whim, causing death and destruction in their wake. The Forest has fallen into darkness, and now a full-blown haunting is upon it. In this riveting sequel to The Falling; Felix, the inexperienced warrior son of famed nymphs Narena and Kellen, must prove his worth as a warrior to his parents and Garmon, the grumpy leader of his army, by ending Rowan's reign and closing the doorway to the underworld. That is, if he doesn't get distracted by beautiful warrior faery Eleonora first. An epic tale involving spirits, witches, animals, and undines, The Haunting delves into the deeper deterioration of this enchanted Forest and the struggle of unyielding power. Could there be hope for the kingdoms of the Forest, or are they doomed to succumb to the underworld? 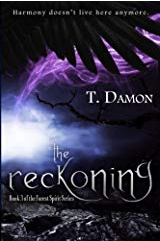 An ancient coven of sibling warlocks known as the Controllers has returned to the Forest, dead set on continuing the destruction of the spiritual balance among the kingdoms of beings and animals. Someone has released them to further implement the downfall of the Forest-- but who?Once-protected portals are no longer being guarded, zombies roam freely at will, and more and more beings of light are succumbing to possession from the inescapable negativity that is now commonplace. The Forest has reached its time of reckoning, and it seems as though all hope to save the kingdoms may be lost forever. Unless, of course, King Felix, Queen Eleonora, and their multi-species army are able to stop the Controllers before they destroy the Higher Spirits once and for all, prompting the entire Forest to fall into complete and utter ruin. But will they succeed before the Forest descends entirely into darkness? 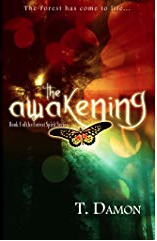 The epic conclusion to this middle grade fantasy adventure is here!

After nearly a generation of wary unrest in the Forest since the time of the reckoning, the ogres finally arrive and all hell breaks loose. The kingdoms are falling apart, the last remaining Higher Spirit is weak, and Gorgon only grows stronger and more powerful, basking in all his chaotic glory. The secret to stopping the ogres and saving the Forest from Gorgon's tyrannical rule could lie with the gnomes—who are still nowhere to be found.

In the fourth and final installment of The Forest Spirit series, King Felix and Queen Eleonora's multi-species army are joined in their quest to regenerate the Forest by several unlikely warriors, all set on defeating Gorgon's reign and returning the kingdoms to their prior normalcy once and for all. When the beings and animals of the Forest no longer have anything left to lose and re-balancing the Forest becomes a family affair, only one result can inevitably ensue—an awakening to the truth.

Get All Four Signed 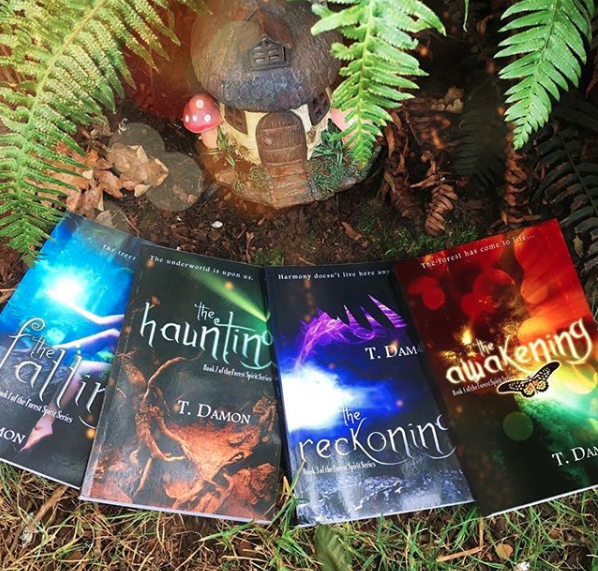 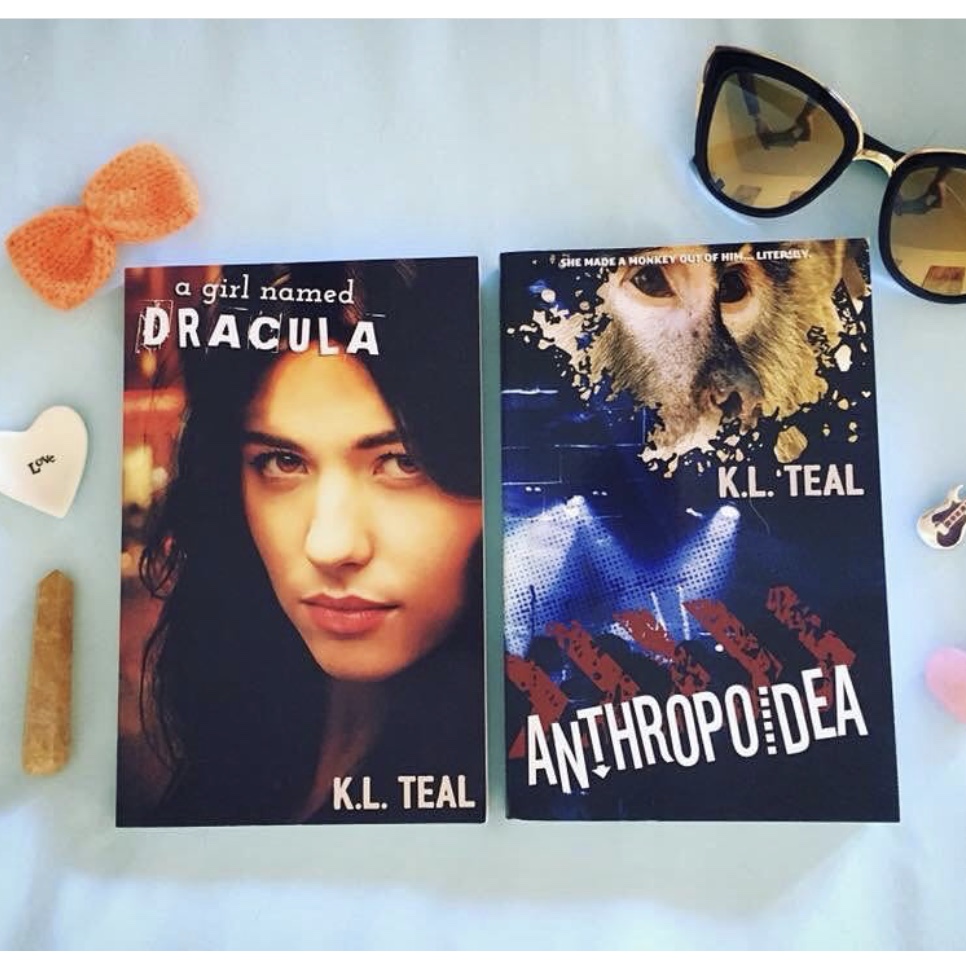 Fourteen year old Dracula Lane thought the worst thing that could happen in her adolescence was her strange name, given to her by her eccentric, monster movie loving mother. When her best friend, Lucci, is rejected by the prestigious high school Dracula plans to attend, the lifelong friendship the two girls shared begins to fall apart. To top it off, Dracula, Lucci, and two of their girlfriends are kidnapped by three young men with just one thing on their minds-- ransom money from Lucci's wealthy parents. While spending time with the girls, the youngest kidnapper Jerry becomes close with Dracula, and the two experience a joint infatuation. Dracula is faced with a tough choice: escape her kidnappers and come to terms with her deteriorating friendship, or sacrifice it all to be with Jerry.

Reviews of A GIRL NAMED DRACULA 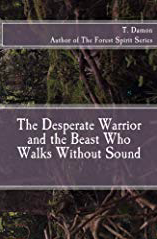 Explore my writing with this introductory story now for only .99 cents!

"Wakiza, a warrior excommunicated from his tribe for treason, must embark on a quest to vanquish a troublesome beast and save the people of his forest. A tale of forbidden love, war, and shamanic magic, The Desperate Warrior and The Beast Who Walks Without Sound is a riveting, epic tale of one man's journey to prove his love, strength, and courage to his people-- but most importantly, prove his own worth to himself." 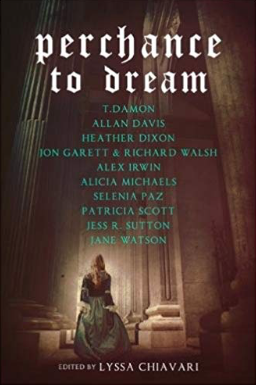 "Romeo and Juliet. Hamlet. Macbeth. Everyone has heard their names. Everyone knows their stories. But you've never seen them like this. In this collection, some of the hottest names in YA today reimagine ten of Shakespeare's best-known plays and sonnets for a new audience. From sci-fi adventures on distant moons to modern magic found in everyday places, these updated myths pay homage to the Bard's timeless storytelling while spinning fresh and original tales that will captivate readers all over again." 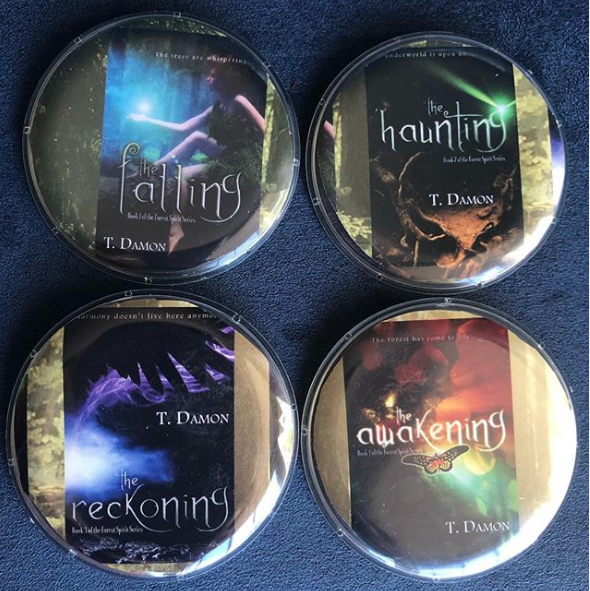 "I have read my fair share of fantasy books but I have never read one like The Falling by T. Damon!"

Holy cow just stayed up way past my bedtime to finish this addicting book!!!!!!! I had no clue what to expect when i turned the first page but my expectations were surpassed and i could not do one thing other than read until this book was finished!!! Such a great read!

"I personally enjoyed this book due to the adventure that Narena and Nyxen embark on. Their quest brought back great childhood memories of my brothers and me exploring the woods behind our house and creating new stories of our own." 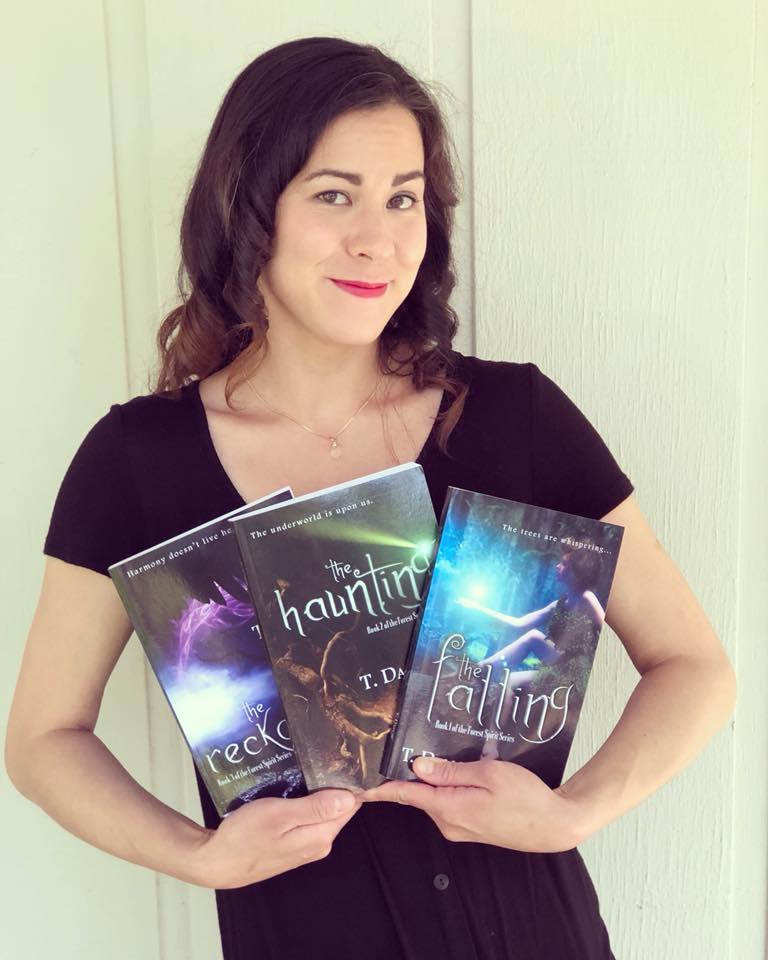 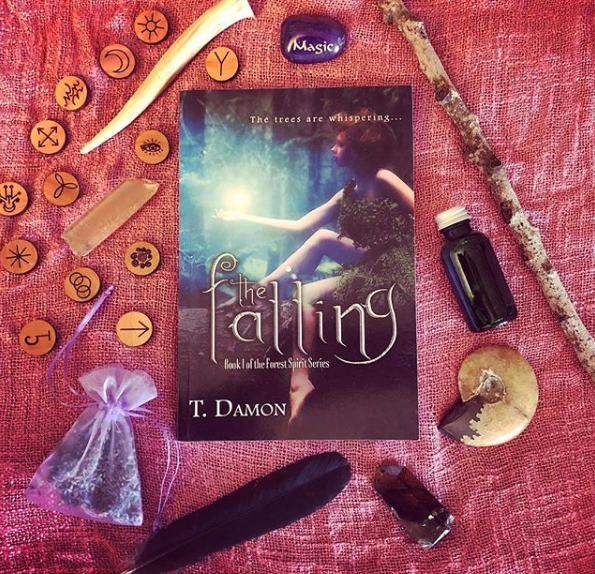 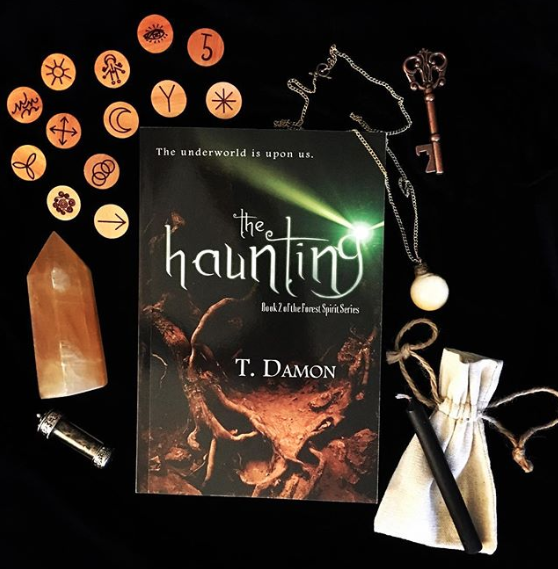 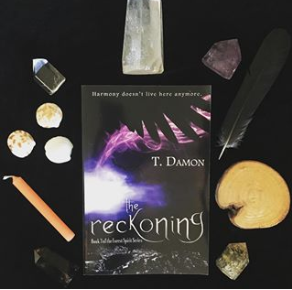 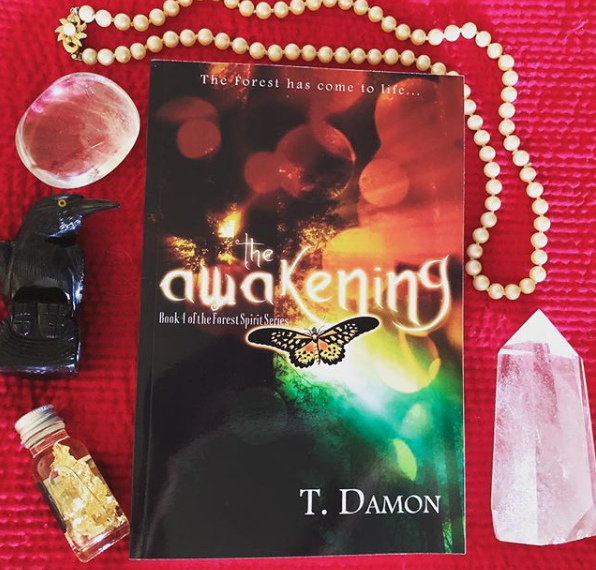 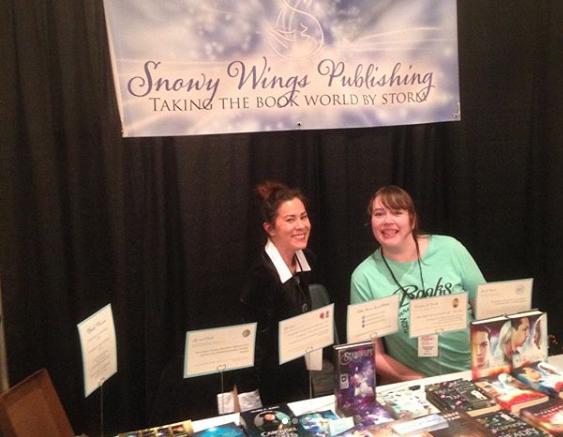 Signup for news and special offers or more info about tarot and astrology readings! 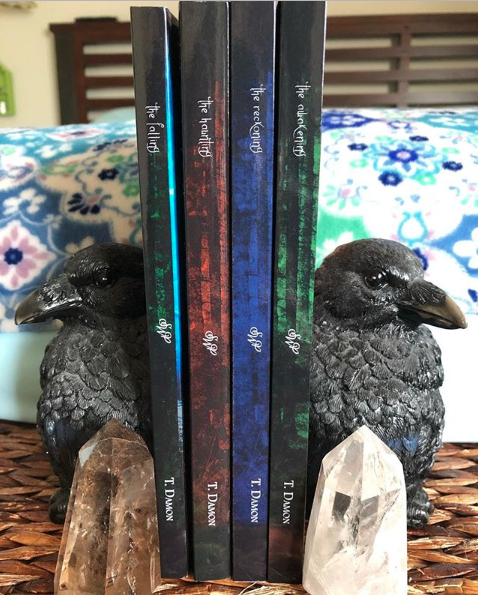