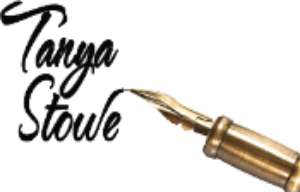 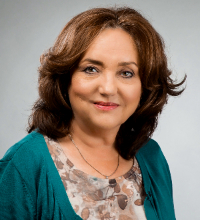 TANYA STOWE is a Christian Fiction writer  with an unexpected edge.

This author fills her romances with the unusual…gifts of the spirit in TENDER TOUCH and spiritual warfare in HAUNTED HEARTS. In NEVER-ENDING NIGHT she explores the horrors of a Civil War battle and unravels a mystery. TENDER TRUST treks to the Old West. LEAP OF FAITH brushes wings with an angel and WHITE CHRISTMAS wraps romance in the traditions of a small town holiday. No matter where Tanya goes…on a journey through the past or contemporary adventures in new lands…be prepared for the extraordinary.

Before settling down to write inspirational fiction, Tanya had an eclectic writing career. Working as a freelance
writer, her profiles have featured celebrities such as Fabio and New York Times bestselling authors LaVyrle Spencer, Shirlee Busbee, and Heather Graham.   Excerpts from Tanya’s reviews have appeared on the book covers and promotional material of publishers, and her articles have appeared in diverse national publications. She wrote grants, participated in a collection of women’s survival stories and collaborated on a full-length Christmas musical. She also worked as a marketing assistant, and an event coordinator doing a stint with the American Cancer Society.

Under Tanya’s leadership as founding co-president, High Desert Romance Writers of America saw a dramatic increase in membership. She was instrumental in the highly effective promotion and coordination of two sold out-conferences and numerous workshops, including Novel Beginning workshops for the city of Lancaster and Creative Writing Forces for Barnes and Noble. Another workshop led to the creation of a marketing plan utilized by many Southland authors that included tips and techniques for successful tour promotion, advertising and sales. A popular guest speaker, Tanya is often featured on radio and television programs, as well as seminars and conferences throughout California.

Tanya has been married to her high school sweetheart for forty years.  They have four children and twenty grandchildren. Her husband retired from government work to take a new position in the Middle East. They spent three years traveling and living abroad. Recently her husband retired full time and now they are embarking on a brand new adventure.  Have motorhome will travel!