What readers are saying about this book

La Roe's is an absorbing, well crafted first novel for Dee Owen's. Ms. Owen's takes her reader into the lives, past and current, of her many unique characters who readers will come to care for. La Roe's, told in first person from Emerald's point of view that gives the story a more intimate feel, and offers not only a
magical story but a lovely romance element as well. 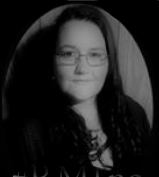 Dee is a mother of 5 amazing children and Grand Mother of 3 Beautiful Little Girls. Dee enjoys spending time with her family, reading a good book and learning more about the career that has changed her life. Dee began working online in 2004, beginning her journey as an Author which is where her love of designing websites was born. Later as a reviewer and then freelance publicist, which showed her the value of quality service. Combining each of these roles she opened Personalized Marketing Inc in 2008.