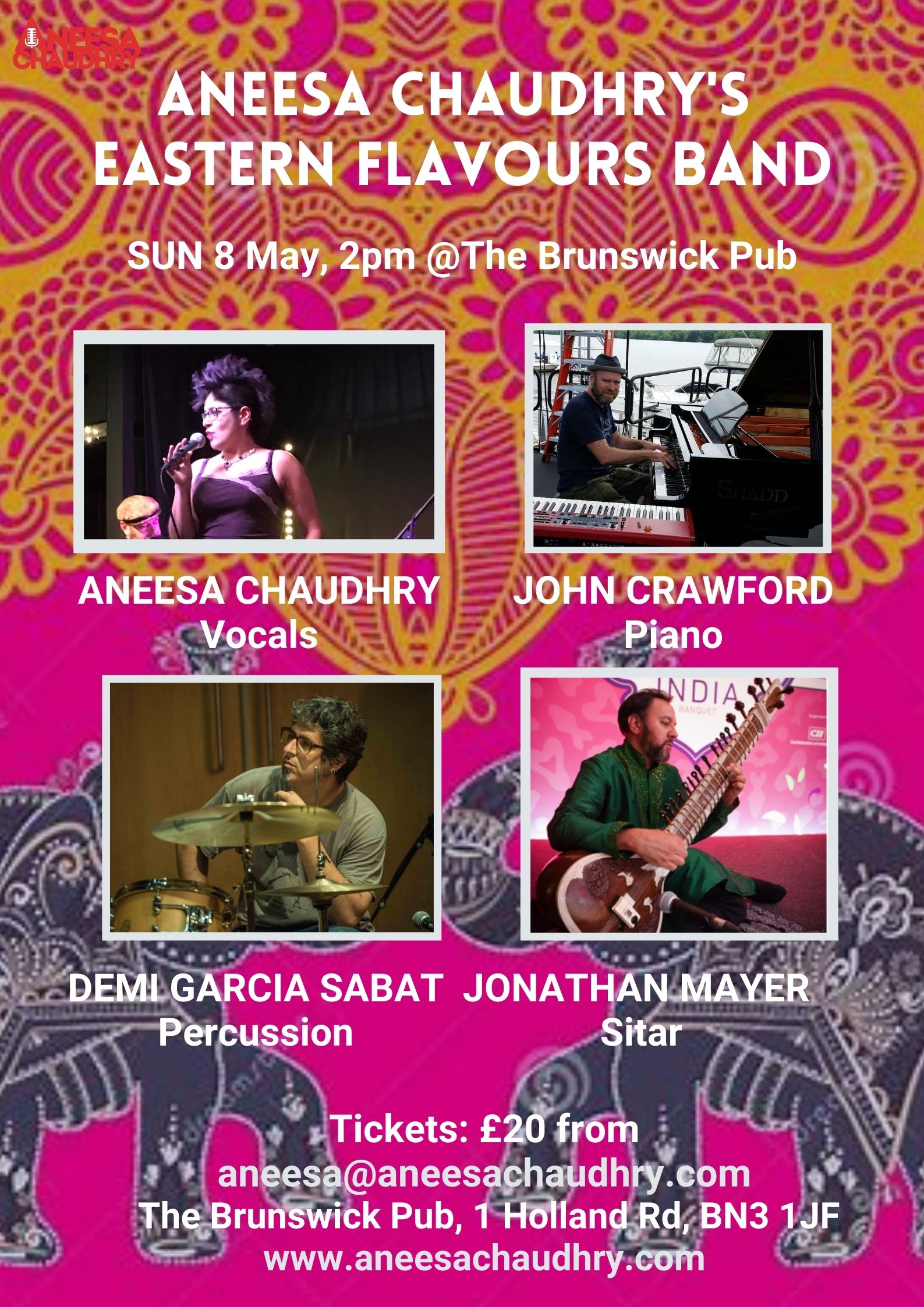 Please provide the following details for each ticket holder so we can contact you in the event of a last minute cancellation.

You will be sent tickets once payment is received.

Whilst no refunds will be given your tickets can be sold / passed on if you cannot attend. Please provide updated ticket holder details so we can reach ticket holders if need be. 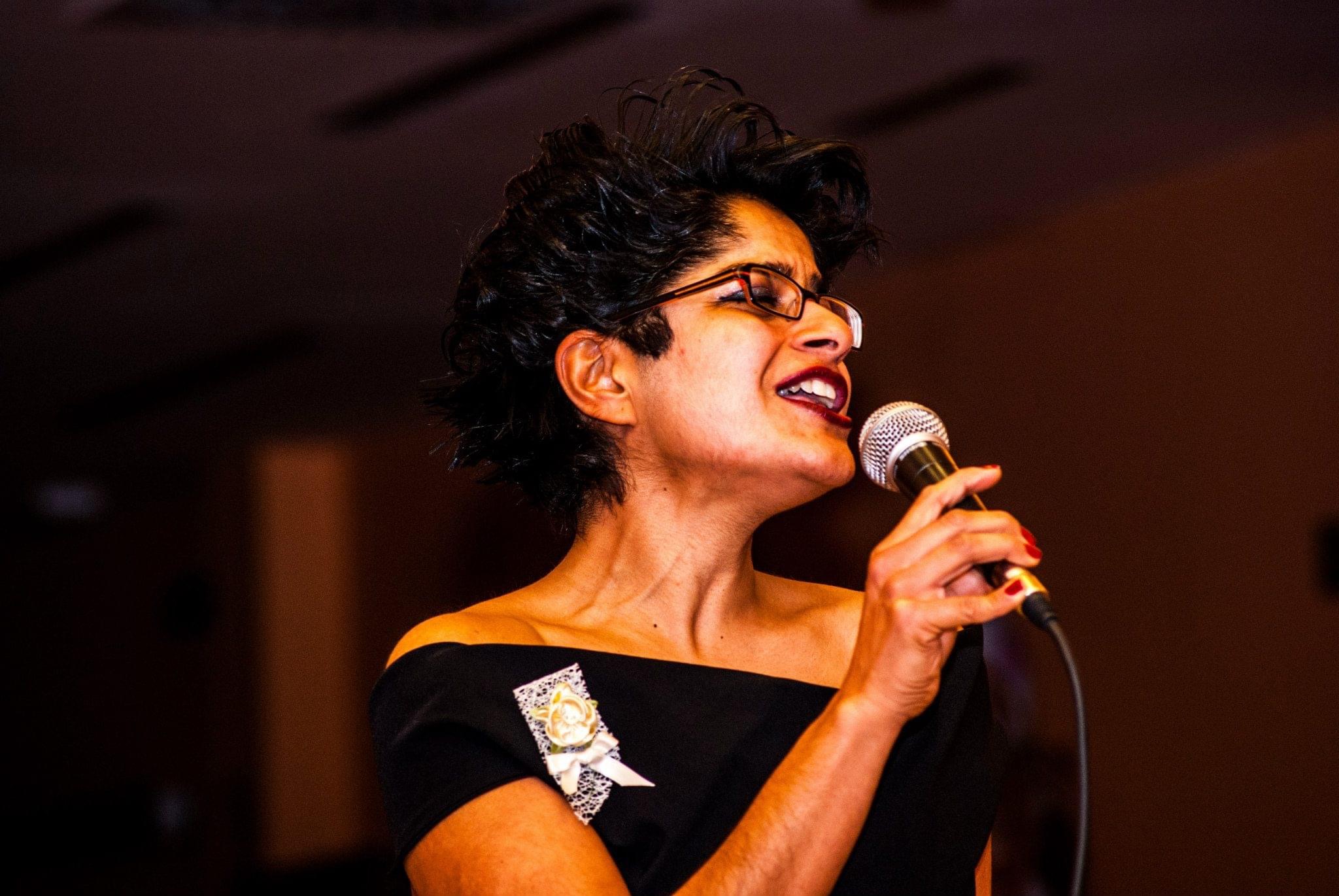 A popular singer on the jazz and world music scene Aneesa performs with a variety of bands including Jazz duo - 5 piece ensembles, the 9 piece Aneesa Chaudhry Mini Big Band, with several full big band (up to 20 players), with her Eastern Flavours Band including Uruguayan percussionist and Latin Jazz pianist, her Eastern European & Asian influenced trio of piano and flute, Bliss Art and as an accomplished solo artist.

Aneesa runs voice & performance workshops and is extremely passionate about her choir work. Currently Musical Director of 5 choirs she loves helping people achieve their voice & performance goals for pleasure or perfection! Aneesa is passionate about people enjoying using their voices & feeling empowered to make a positive difference in the world.

"What a sensational lunchtime jazz session from Aneesa Chaudhry at the Summertown Wine Cafe yesterday! My goodness the girl has an amazing range."
Oxford Jazz Festival, 2010 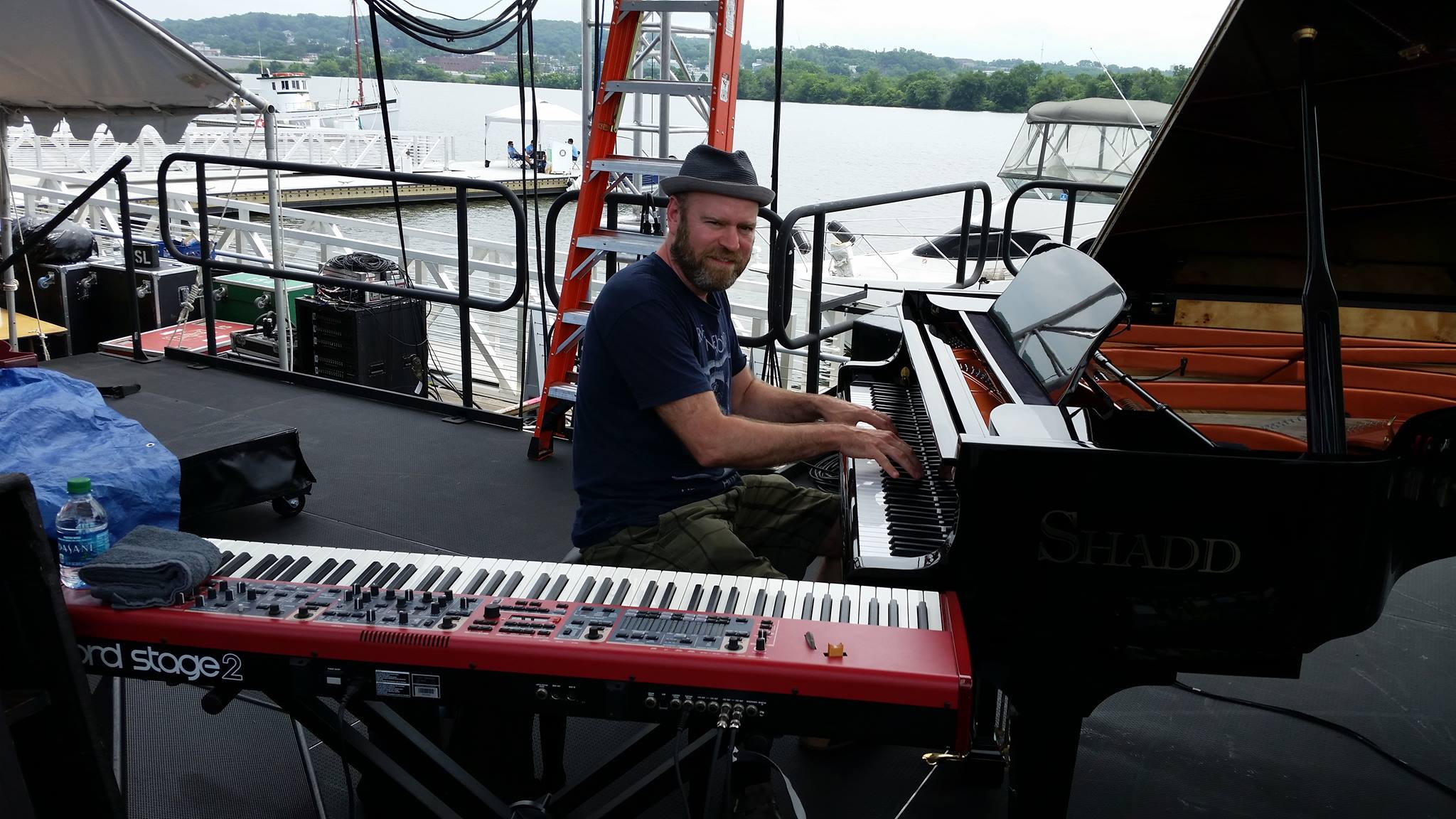 A life inspired by rhythm and dance....

IMA nominated musician John Crawford was born in London of English/Spanish Parents. His father played Blues piano, and this is the first thing he learnt to play. His mother would introduce him to Latin music of all kinds, and he has gone on to perform at Montreal Jazz Festival, North Sea Jazz Festival, Getxo Jazz Festival, Ronnie Scotts, Royal Festival Hall, Queen Elizabeth Hall, the 606 club, and Royal Albert Hall amongst others. His 2012 release "Ulia River of Time" has been nominated in the USA by the Independent Music Awards for best album in the Jazz category.

John has always had a passionate interest in dances of all types, and this has led him to work with such artists as Heather Cornell, Andrew Nemr, Ana Dueñas Leon, Max Pollack, Junior Laniyan and Tobias Tak

In 2010, the book "Exploring Latin Piano" written by John with Tim Richards was published by world renowed music publisher Schott Music, and inmediately garnered rave reviews. This was followed by the book "Brazilian Piano Collection" which coincided with John performing in Sao Carlos, Brazil in the Choro festival "Chorando Sem Parar". In 2015 the book "Grooves For Two" was published by Oxford University Press and features one of John's compositions, "Club Del Campesino".

"A glorious piano solo...everyone there that night agreed that a man to watch out for is pianist John Crawford, a skillful and imaginative soloist" 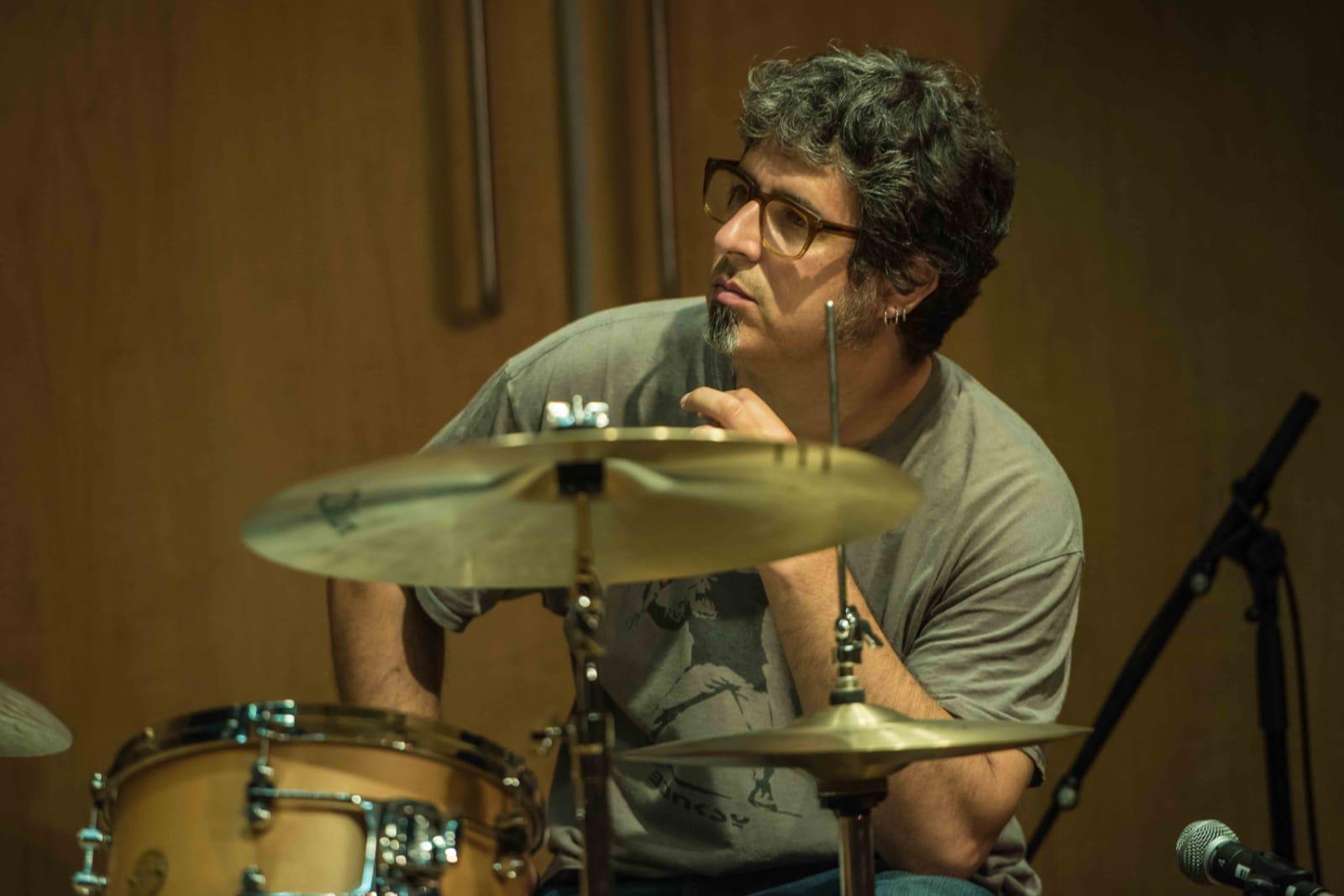 Originally from Barcelona. London based since 1999. Demi studied at the London college of music and is currently studying through artistworks with Jazz Legend Peter Erskine. He works as a freelance percussionist and drummer specializing in flamenco, jazz, arabic, latin iberian folk and pop music.

Since lockdown, Demi has been branching out in new directions. Recent ventures include composition, arranging and music production. He has enjoyed the challenges of this work and plans to continue alongside his work as a percussionist/drummer once live concerts resume. 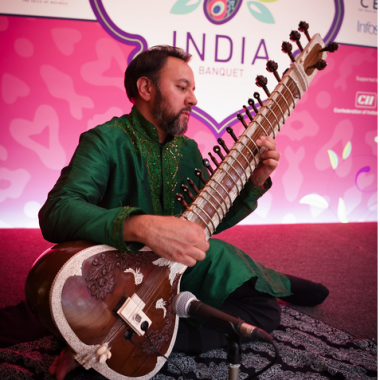 Son of the late composer and co-founder of Indo-Jazz Fusions John Mayer, Jonathan began his musical training at an early age and by the age of 16 Jonathan found the instrument that would be his life, the sitar.

His teachers have included Clem Alford (the first ever European sitar player), Pandit Subroto Roy chowdhury of Senia Gharana and Wajahat Khan (direct descendent of Mia Tansen the great musician, one of the nine jewels in Moghul court of Emperor Akbar).

Jonathan’s compositions have been performed by Erich Gruenburg, Joji Hattori, his father’s band Indo-Jazz Fusions and he has written for many library music companies. Jonathan is also a member of The Teak Project, an exciting new trio with a debut album out on First Hand Records. As well as his playing and compositions being heard on two Nimbus CD’s and two on FMR, Jonathan can also be heard on Sarah Brightmans’ Eden and Kevin Spaceys’ Beyond the sea and has recorded a solo album for Cooking Vinyl Records. Jonathan is also co-founder of First Hand Records Ltd.

Jonathan has performed all over the world including, France, Germany, Russia, United Arab Emirates, Australia, America, Bangladesh, Sri Lanka, and two very successful tours in India as well as a number of performances for the BBC in the UK.

Chandigarh Live: “..In fact, be it in individual piece or in his father John Mayer or in consonance with other artists, Mayer played Sitar with deft dexterity.”

The Times UK : “…and some exhilarating solos from Jonathan on Sitar…..”

Timeout UK: “…..Jonathan weaves a gorgeous modal jazz solo on the Sitar in 7/4

Classic CD UK: “…. The Players are all astonishingly virtuosic from Mayer’s son, Jonathan, on the Sitar….”

“Just a quick email to thank Jonathan and the other musicians for an amazing performance at our wedding. They really added sparkle to our special day.”

Email with the name, email and mobile no of each ticket holders.

You will be sent tickets once payment is received.

COVID: The Brunswick Pub has had two state of the art air conditioning units installed specifically for Covid-19 which are designed to keep the airflow in the venue as safe as possible throughout the duration of the show.

Come and join us for an afternoon of fabulous live music!