Discover how to tell the kind of stories that make your audience lean forward, listen, and learn.

Imagine being a speaker who keeps your audience hanging onto your every word—wanting more.

Imagine developing a connection so deep that event planners want to bring you back because they can’t get enough of you.

Picture  being the speaker that is the highlight of every event.

For that to happen all you need is a story.

Here’s what a good story did for me

By a strange turn of events, I joined a speaking group called Toastmasters. I had zero training and no reputation.


I say zero experience, but I had spoken in church and at a few weddings—nothing serious.

Nine months after joining Toastmasters, I won the UK and Ireland Public Speaking Contest on my very first attempt, eventually placing third in the World Semi-Finals in Las Vegas.

I was shocked too, but this was no fluke.

I went on to win the UK College of Public Speaking Championship and then made first-place runner-up in the UK Humorous Speaking Contest finals.

I started getting emails and phone calls. Companies would ask me to deliver workshops; people would ask me to coach them in the art of public speaking and help them to tell their stories.

I can’t put it down to experience, and it’s not that I was particularly gifted, either.

It was all because of storytelling.

That build your brand, sales and influence.

see the video for details 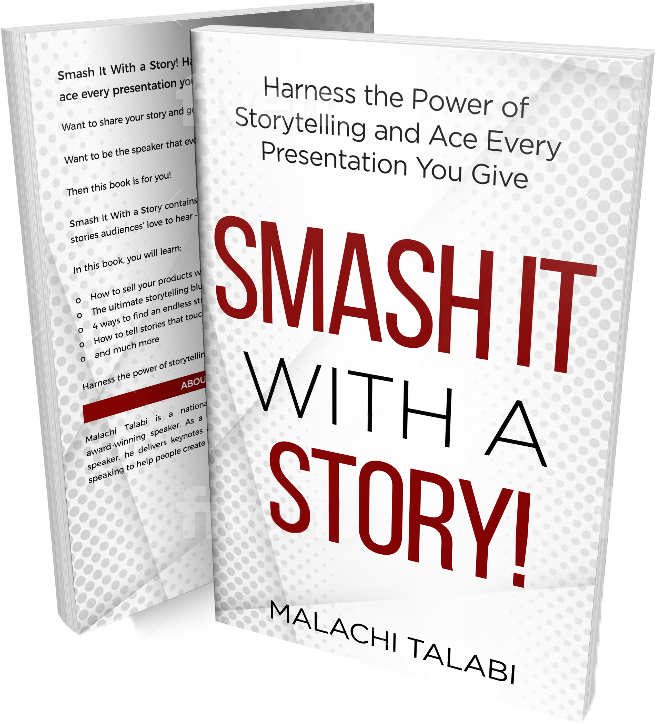 A 7-step formula that will help you tell unforgettable stories and impress every audience you speak in front of. You’ll stand out and shine every time you speak.

You’ll pick up my ground-breaking book, Smash It with a Story, which contains 124 pages of content and storytelling hacks that will teach you:

You'll discover the shortcut to infusing your stories with emotions that empower your audience and....

► The low-stress way to find an endless stream of stories

► The shortcut to breaking unseen barriers between you and your audience

► The shortcut to gaining and keeping attention throughout your story

► Five deadly sins that stop you from getting paid to speak

► The secret to keeping your speeches fresh, even if you’re speaking to the same audience

when you learn these things:

You’ll see your audience lean forward with excitement. You’ll change the atmosphere in a room; looking around and seeing peoples' eyes glued on you. You'll have event planners emailing you, asking you to come back. You will have a stampede of people at your product table, queuing up to buy your book or coaching program.

You’ll look out at the audience and see them grabbing their pens because you gave them an “aha” moment.

You will have people hunting you down on social media, telling you that you were the highlight of the event.

ALL OF THE ABOVE HAS HAPPENED TO ME AND MY CLIENTS

“I attended Malachi’s “Ace It with a Story” workshop a couple of weeks ago. It was incredibly insightful, and I was able to learn about the power of storytelling during interviews; it hadn’t even crossed my mind to answer interview questions using stories. After the workshop, I implemented the techniques Malachi taught into my interview answers. One week later, I had an interview and was successful in gaining the role. In addition to helping me convey my answers in a more engaging manner, Malachi’s techniques enabled me to feel more confident in expressing myself.”

Storytelling Behind the Scenes 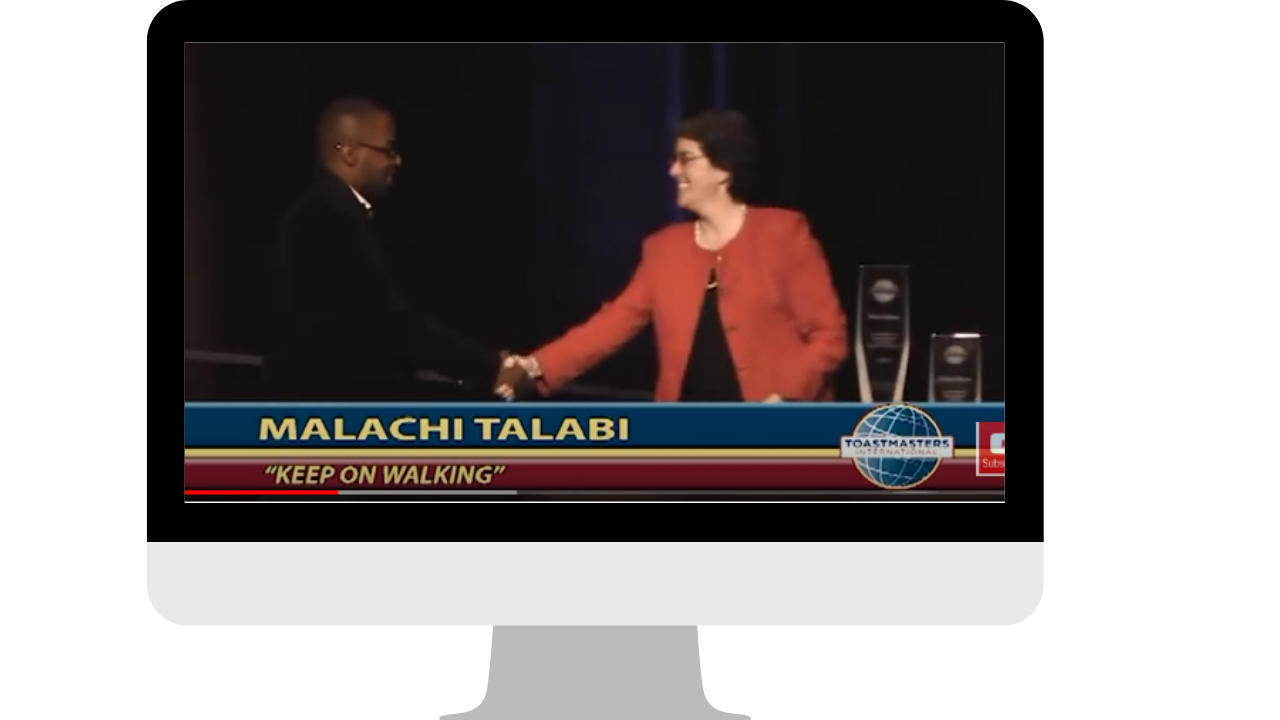 I’ll take you behind the scenes of my award-winning speech and you’ll get to see me break down the 7 elements of a stage-worthy story. I leave no stone unturned. In this video, I pull apart my speech with live examples.

The “CREATING A SEVEN MINUTE MASTERPIECE” 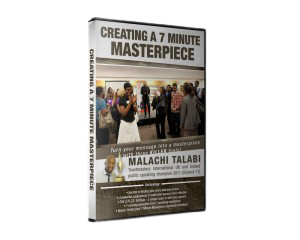 I take you into a live workshop where you’ll learn what it takes to create a speech worth hearing, how to connect with any audience, how to be memorable, how to engage every audience, and much, much more.

PLUS, you’ll also get 7-Minute Masters

Where you get 7 stories from award-winning speakers so you can actually hear the types of stories you can create. 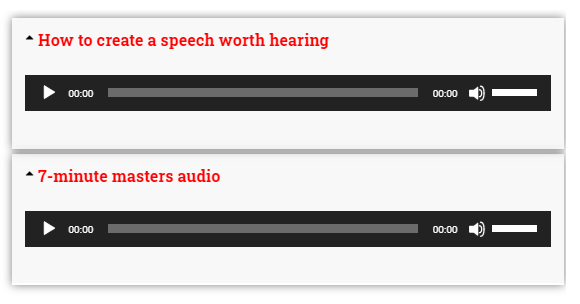 When I finish, will I be a better speaker?

When you craft stories using my blueprint, you will have people hunting you down on social media, telling you that you were the highlight of the event. You’ll leave the stage knowing you’ve done a great job, and you will touch and transform lives with your message.

“The skills, tips and overall lessons that I took away from Malachi’s workshop will stay with me for a lifetime. As a speaker, he had the audience captivated from start to finish. He gave invaluable advice on public speaking and the power of being a good storyteller.”

The investment is small when you think about how quickly your storytelling will improve and how your potential earnings will advance as a speaker. 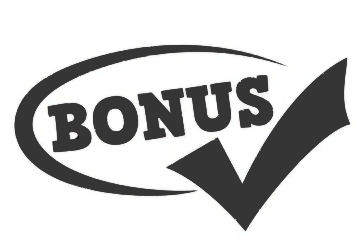 When you get the Stage-Worthy Storytelling Pack, you’ll also get . . . 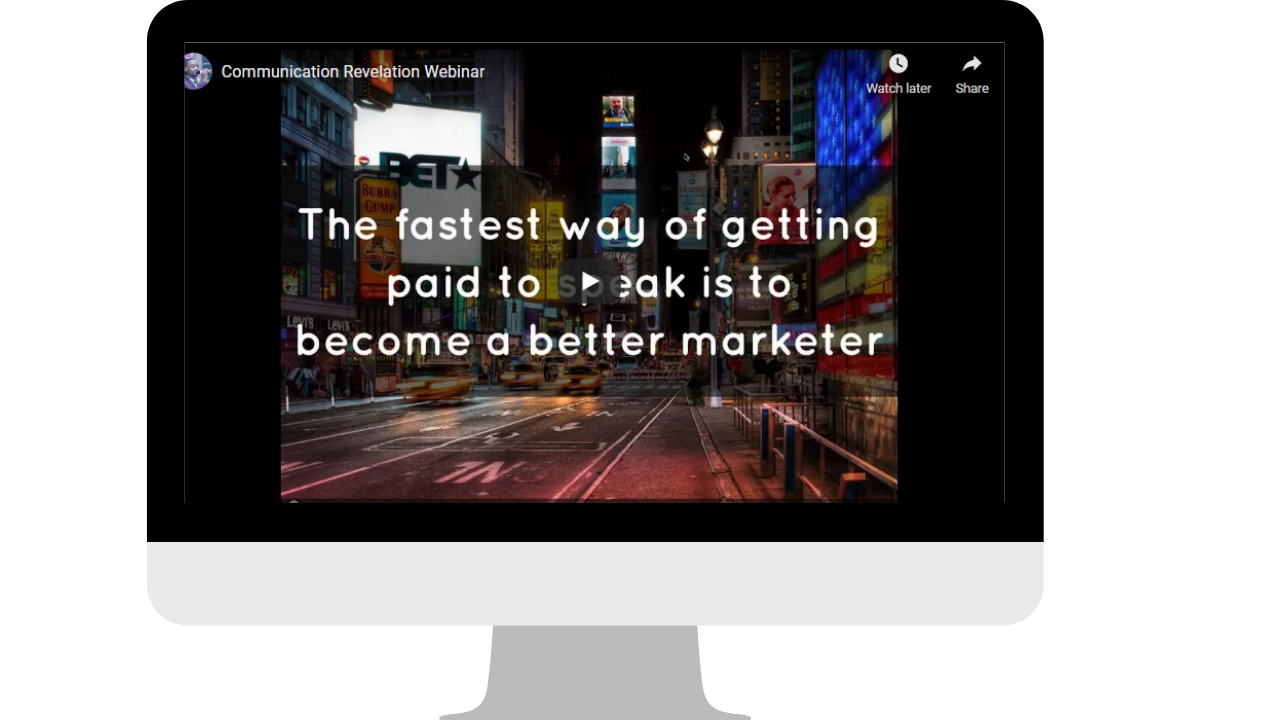 In this 1-hour webinar, they team up to deliver content that will cut years off your learning curve and help you avoid the common mistakes speakers make.

In this CONTENT–rich webinar, all of these questions will be answered:

🗸 What’s the fastest way to get paid to speak?

🗸 How do I prosper from a “free engagement”?

🗸 How do I create a deep connection with my audience?

🗸 How do I speak to a young audience?

🗸 How do I sell my products and services from the stage without annoying my audience?

🗸 What is the secret to being memorable?

🗸 How do I create content that audiences will thirst for?

🗸 How do I create a keynote presentation that will leave the audience talking about my message for years?

Also, find out the ONE question you must ask when they ask you how much you charge!

The Stage-Worthy Storytelling Pack is something you cannot afford to miss out on!

Invest once and use forever!