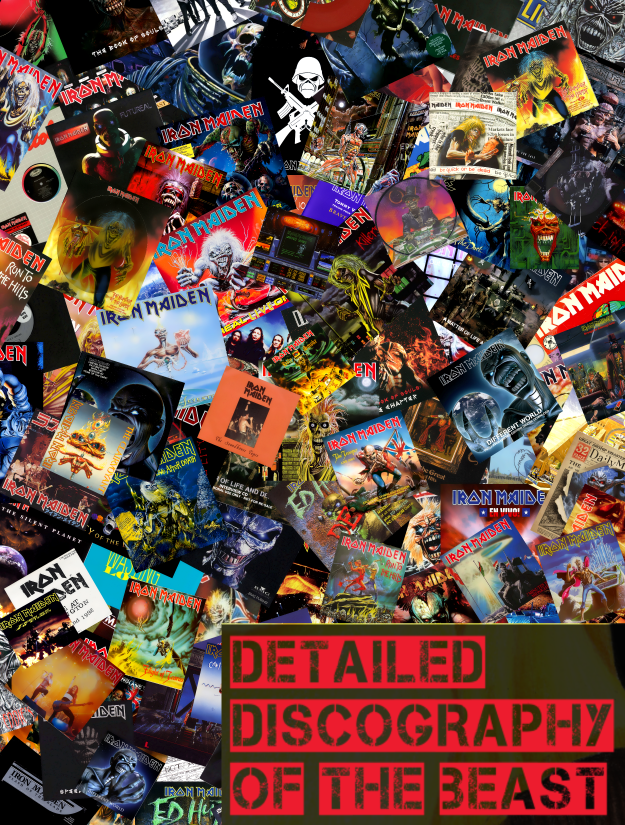 DETAILED DISCOGRAPHY OF THE BEAST

Feast your eyes on rarely seen Derek Riggs drawings, learn the true meaning of a song? Read commentaries about every song directly from the Maiden members? Who plays each solo?

DETAILED DISCOGRAPHY OF THE BEAST promises to satisfy the curiosity of hardcore and casual fans of Iron Maiden alike, by going into extended detail about every song in the Maiden catalog. IS ALL HERE!

Within its 1176 pages, you'll also be able to read comments from each song given by present and ex-members, Martin Birch, Kevin Shirley, Will Malone, and Tony Platt.

You'll also be able to read a collection of rare press releases, see some never before drawings of Eddie, read transcripts of interviews from rare official CD's, cassettes and videos close to impossible to find or without investing a lot of money.

Maiden fans like to share and talk about the band, that's why once you buy the book you receive the invitation to join an exclusive FB group where you'll gain exclusive access to the archives that helped construct the ebook plus the chance to chat with other fans and even some ex-members of the band.

Want to see a preview of the book? Visit https://issuu.com/luismarianor...