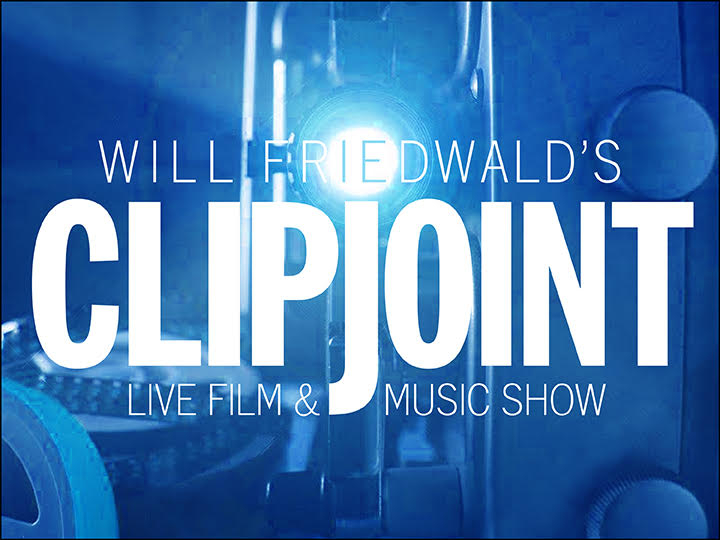 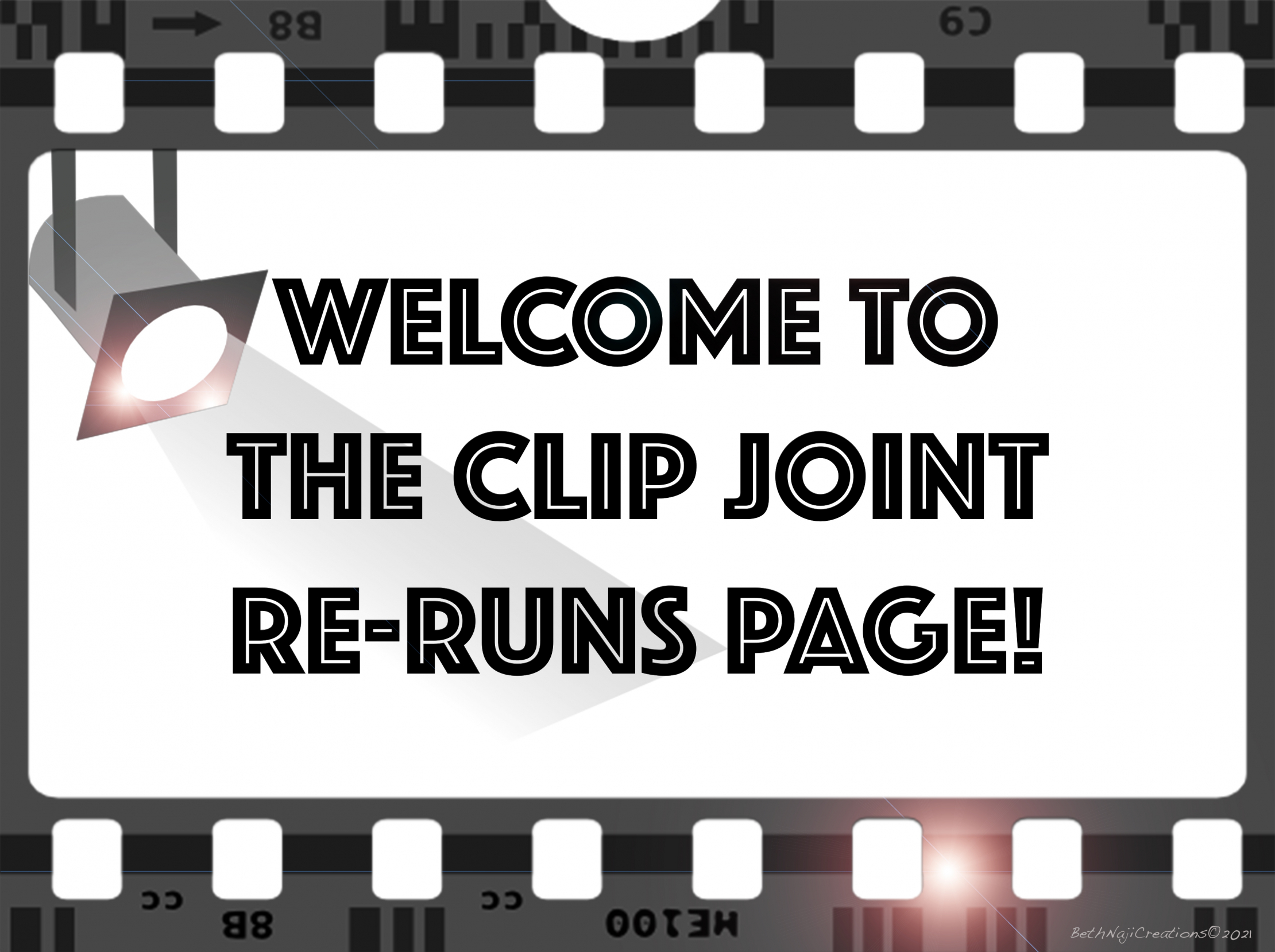 No images uploaded yet.

(SPECIAL THANKS TO OUR GOOD BUDDY, BROTHER ANDREW PORETZ, FOR HOSTING THESE ON VIMEO.COM!)

AN EVENING WITH ALAN BERGMAN (ON LEW SPENCE)

ANNIE GET YOUR GUN

FIDDLER ON THE ROOF 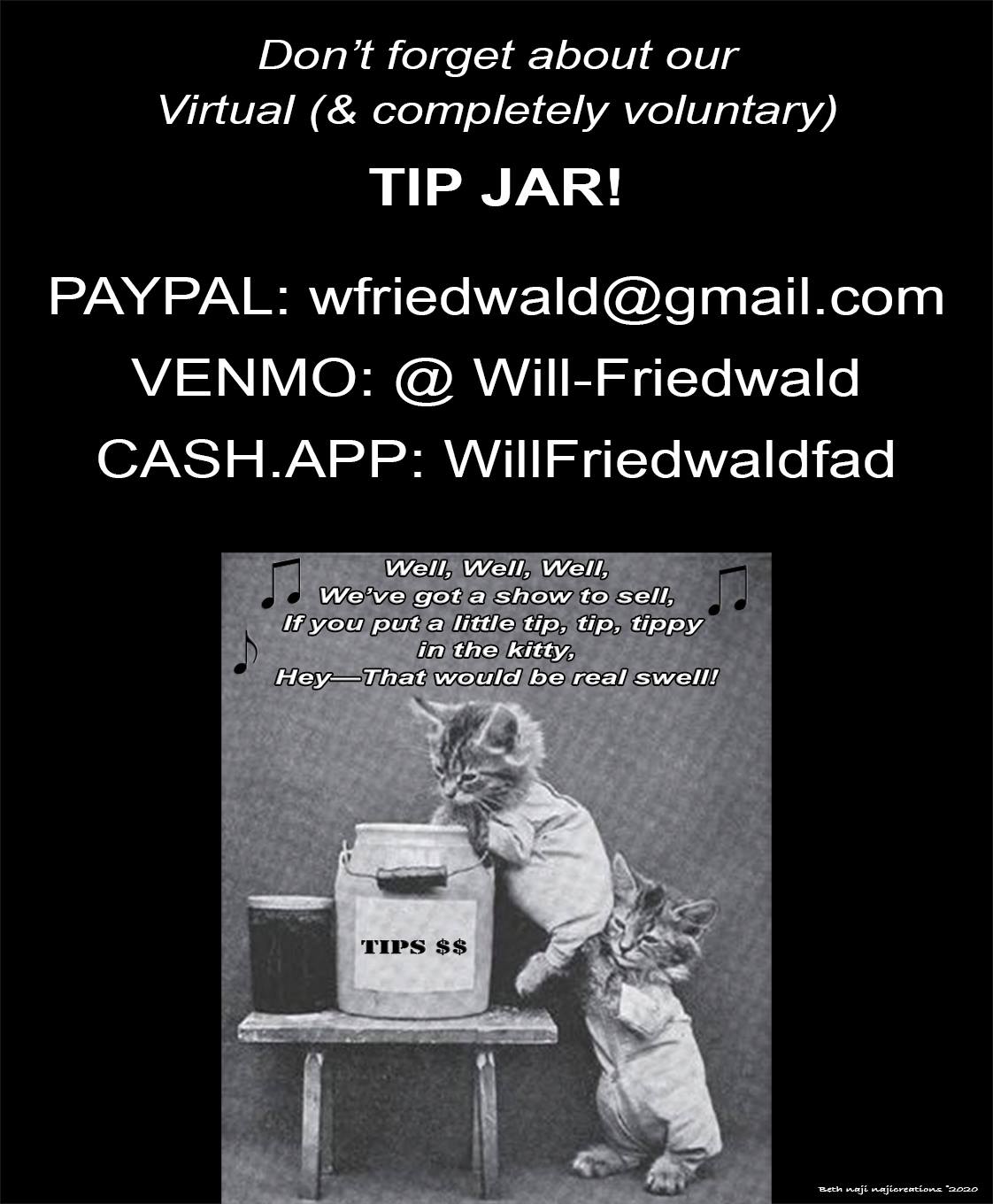 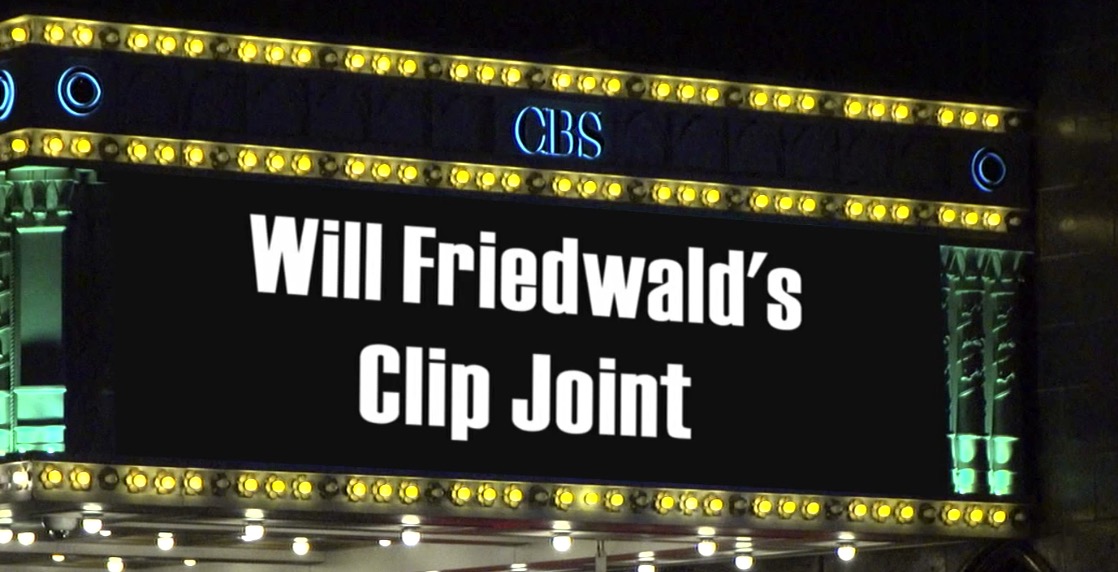 Will Friedwald’s “Clip Joint” is a” live video mixtape” experience. For a half dozen years, these innovative shows were presented live and in person at such venues as The Film Forum, Jazz at Lincoln Center, and the 92nd Street Y. Since the start of the pandemic, however, “Clip Joint” has become a virtual experience, presented over Zoom several times away, with viewers tuning in (or “zooming in”) from all over the world.

“Clip Joint” is created by Will Friedwald – columnist for The Wall Street Journal and author of ten books on music and popular culture – is a two to three hour presentation that covers the entire range and spectrum of musical performances as documented on ﬁlm and video: both classic and contemporary, from jazz and Broadway to rock and pop to country & western, blues, opera, comedy and novelty songs, world music, and the Great American Songbook.

Footage has been culled from vintage movies, both classic and obscure, historic television broadcasts, and, also, in many cases, shot live directly for Clip Joint. Items include numbers from classic Hollywood musicals: Fred Astaire, Bing Crosby, Shirley Temple, Judy Garland, Frank Sinatra, Julie Andrews, and dozens of others; the choreographic brilliance of Busby Berkeley, Vincent Minnelli, and the great dance directors; classic TV variety show performances: numbers from The Hollywood Palace, The Dean Martin Show, The Colgate Comedy Hour, The Tonight Show, and dozens of others from the 1950s to today.

Various “Clip Joint” shows have focused on such themes as “Americana” (for the Fourth of July), “Friends of Mabel - Heroes of Cabaret,” presented in conjunction with the Mabel Mercer Foundation’s annual cabaret convention, “Clip Joint Goes Dancing” (a program of dance performances, from Fred Astaire and Bojangles Robinson to Nuryev and Baryshnikov), many “Broadway Mixtape” shows built around the great scores to iconic works of musical theater, “The Tony Awards – The Tony Bennett Birthday Bash” (a collection of rare vintage performances by the legendary singer), as well as many International themes such as Jewish Music and Culture (for the High Holy Days), “Bastille Day” (a program of French songs and singers), “Columbus Day” (a celebration of all things Italian and Italo-American), “St. Patrick’s Day” (a toast to the Irish!) and “Gypsy Night” (celebrating the authentic musical heritage of the Romany people).

Will Friedwald writes about jazz and nightlife for The Wall Street Journal. He also is the author of ten books on music and popular culture, including the new Straighten Up and Fly Right: The Life and Music of Nat King Cole (2020), The Great Jazz and Pop Vocal Albums (2017), the award-winning A Biographical Guide to the Great Jazz and Pop Singers (2010), Sinatra: The Song Is You, Stardust Melodies, Tony Bennett: The Good Life, and Jazz Singing. He has written over 600 liner notes for compact discs, received ten Grammy nominations, and appears frequently on television and other documentaries. 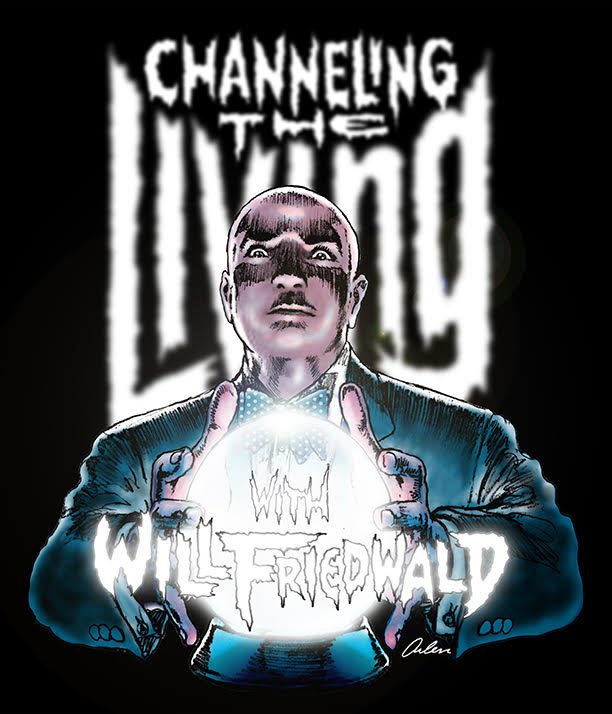 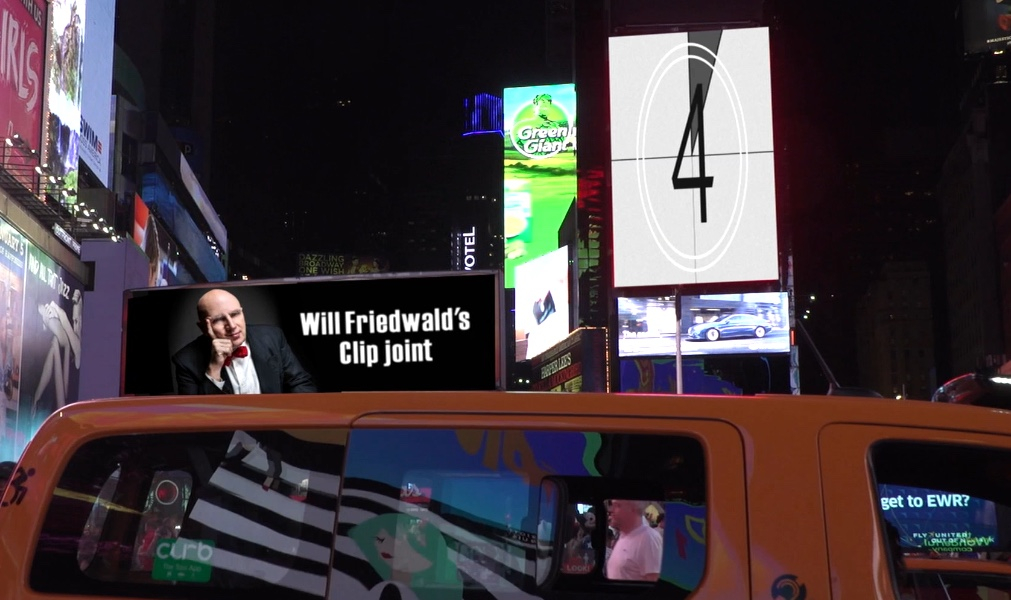