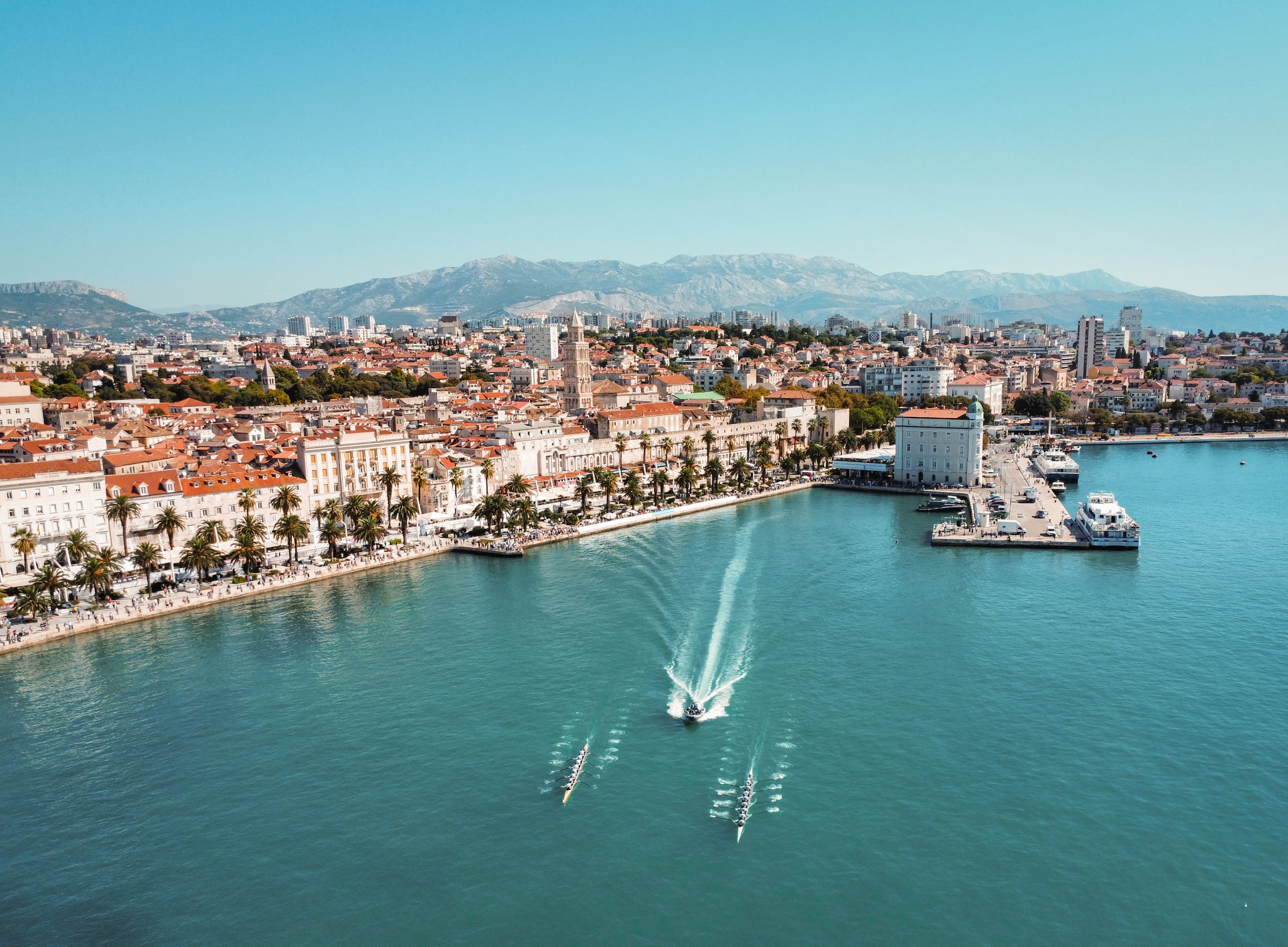 Split, as the capital of Dalmatia, is the cultural and economic hub of Central Dalmatia. It grew out of the Palace of a Roman emperor. It was in 295 CE, 1700 years ago, that the Roman emperor Gaius Valerius Aurelius Diocletianus started to build his palace in the bay of Aspalathos on the Dalmatian coast, the land where he was born. After his abdication in 305, the retired emperor left Nicomedia and settled in the palace intending to spend the rest of his life there. The rectangular Diocletian’s palace occupies an area of about 28 900 square meters. Its 1700 years of living history is protected by the UNESCO and will always fire the interest of visitors and travelers. When it is time to think of holidays and leisure, you will find it hard to imagine a more magnificent natural beauty than that of Dalmatia, where Adriatic Sea meets the highest Mediterranean mountains. The coast and islands are studded with beaches shaded by thick pine forests, whose freshness seeps out over the shingle to a crystal sea.

The University of Split was officially established on 15 June 1974 when the units having already had an effect in their professional, scientific and teaching areas entered its structure. As a predominant scientific and teaching public institution in the region the University of Split has expanded during the course of the past 45 years to include eleven Faculties, one Academy of Arts and four University Departments. There are about 20,000 students enrolled in the University’s undergraduate, graduate and post-graduate programs. 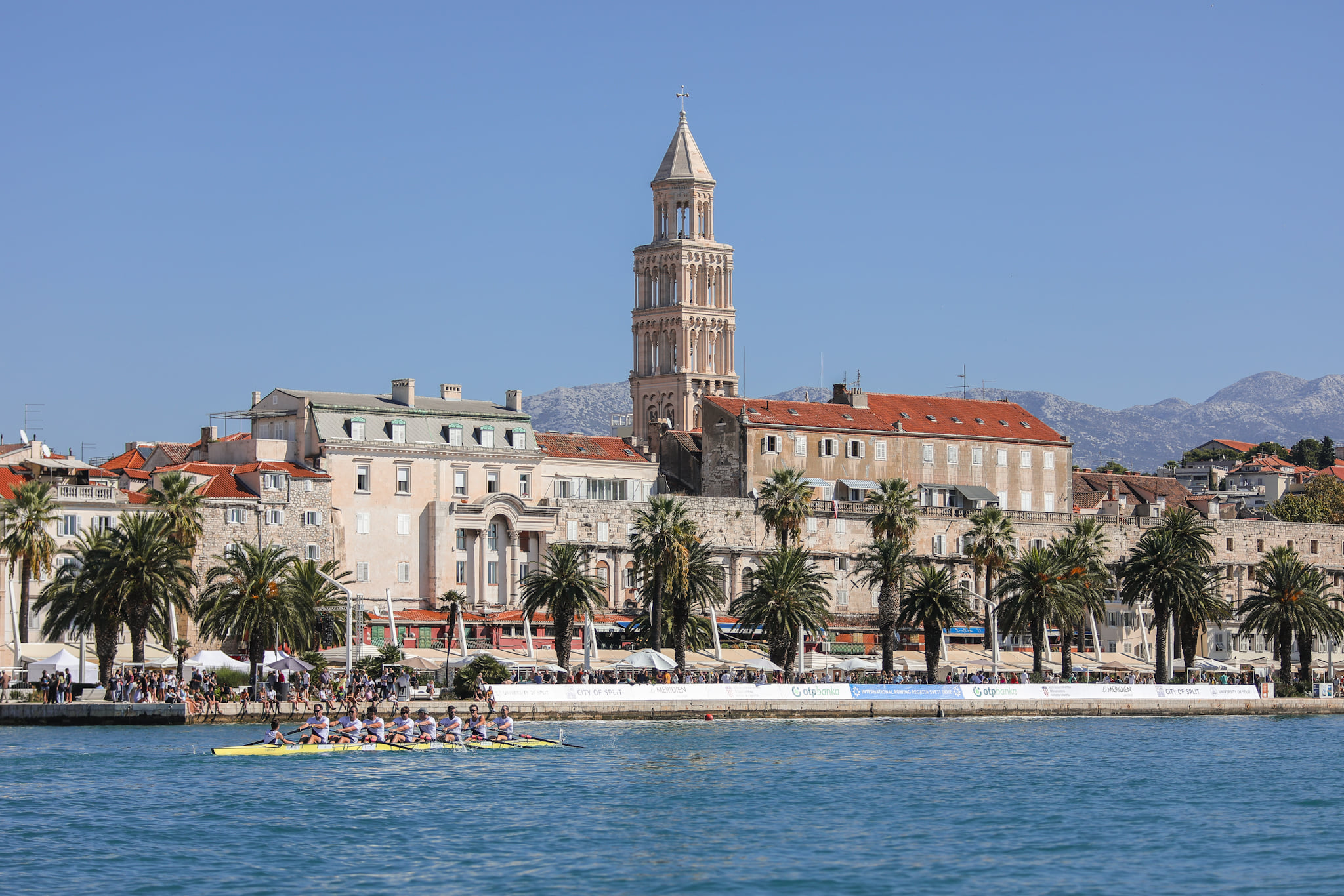 The competition consists of two parts:

1 Race of the university eights from Croatia and abroad

2 Legends’ Race between the legends of Oxford, Cambridge and Split

If this whole region has a common characteristic, it is the simple and goodhearted sincerity of the people, their peaceable yet boisterous nature, the unaffected desire to present their guest with the very best of everything. You cannot pack it in your suitcase when you return home, but it will remain in your soul until you visit once again. International rowing regatta Sveti Duje is an event featuring eights from Croatian and international universities.

University Eights Races take place at the 1000m long racing course in Spinut, with an increasing number of participating teams every year. The increase culminated in the past ten years due to the participation of the best known names in university rowing, the Oxford and Cambridge Blue Boats.

The regatta is conducted in accordance with the rules of FISA, and the Split University’s Regulations for Organization of Sports Events. Any student in possession of a student identity card has the right to compete. The legends are exempt from this rule. The higher age limit is 29 years. The coxswains can be of any gender, student status or age.

Race takes place in the city harbor on a 220m long course, whereby the legends of Split are competing against the legends of Oxford and Cambridge – the alumni that have rowed in the legendary Boat Race on river Thames in the past 15 years and that have won the brightest Olympic and World Championships medals.

— Participation fee is €100 per person