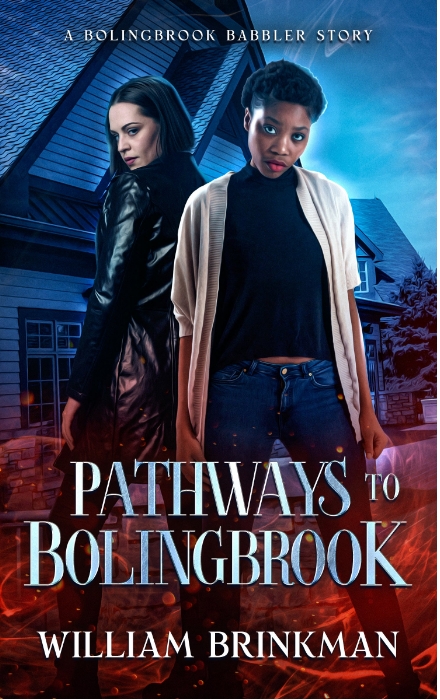 Subscribe to get a free copy of the Pathways to Bolingbrook eBook, and the latest updates from author William Brinkman.

Miriam thinks she's homeless and out of options until a stranger offers her a way out.

Sara, a reporter at a dying suburban newspaper chain, recorded a conversation she doesn't remember. How far will she go to find the truth?

Both women will start on paths that will lead them to Bolingbrook's paranormal side.

"Pathways to Bolingbrook captures your imagination and leaves you wanting to know what happens next."--Amazon reviewer. 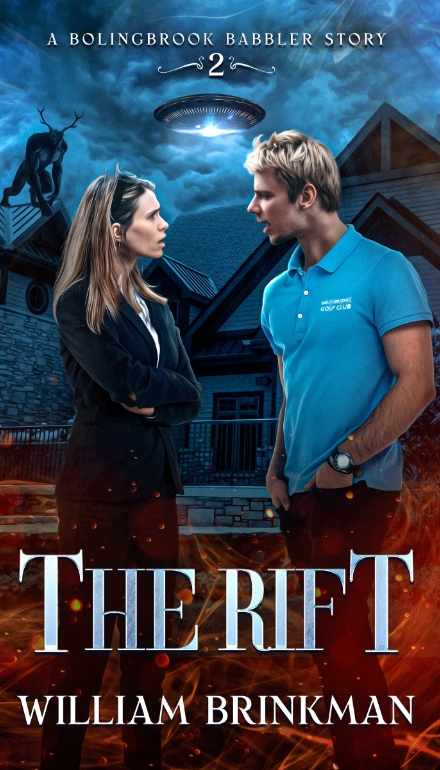 The Rift: A Bolingbrook Babbler Story

What if everything you believed was a lie?

Tom Larsen is a blogger and rising star in the skeptical movement. A movement now divided between progressive skeptics who want the movement to be inclusive, and skeptics who think "modern feminists" are trying to co-opt "their" movement.

When Tom finds out that prominent feminist and skeptic podcaster Jamie Kyle is coming to his hometown of Bolingbrook for a gathering of other progressive skeptics, Tom is desperate to confront her because he believes she's ruining the movement, and may have cost him a job because of a video she posted about him years ago. Tom is so desperate that he turns to the Bolingbrook Babbler, the local tabloid known for stories about paranormal activities.

His first assignment for the Babbler ends when he's attacked by a weredeer, and ends up inside Clow UFO Base. The Babbler was telling the truth. The skeptical movement he defended was a lie.

Tom soon finds himself entangled in the secret agendas of competing factions. Aliens want him to report on the gathering. At the same time, Mens Rights Activists threaten the gathering, an army of weredeer is gathering near Bolingbrook, and time rifts are opening throughout the village.

Jamie and the staff of the Babbler may be the only ones who can help Tom make sense of what's happening. But can he get over his rage and distrust towards Jamie before it's too late?

The Rift is on sale this week.