for "A Song for Leonard" 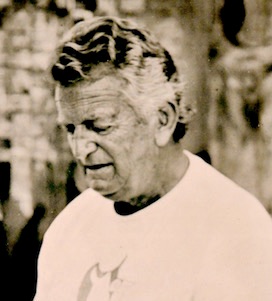 A.I. Fabler is the pen name of a New Zealand-born author who has spent a large part of his working life in London, New York and Sydney, initially in journalism and advertising, holding senior international corporate roles before turning to writing full time. His political satire, “Agenda 2060: The Future as It Happens” was published in 2021, described by Kirkus Reviews as ‘A laser-focused, irresistible lampoon of woke culture’. It was the winner of the 2022 Indie Reader Discovery Award for Popular Fiction. His mystery thriller “The Seed of Corruption”, set in Vietnam during the 2004 Sars epidemic, digs deep into Big Pharma and state corruption 15 years before Covid-19, and was published in 2022. He is the recipient of a number of screenwriting awards, including the NY Empire Award for Drama in 2017, and the 2017 Cannes Drama Award.

Q:    What is the name of the book and when was it published?

A:    “How long is three minutes when every second commands your attention, and every ...”

A:    A beautiful young singer-songwriter ends up dead on a Madison Avenue sidewalk, a gun in her hand — just another New York mugging, except she was the mugger. Set in a tense and lawless Seventies New York, the unexplained elements surrounding her death are gradually revealed through the lyrics of the songs she left behind, as her intended victim is forced to defend himself, uncovering evidence of police persecution and religious bigotry, his own life being placed in jeopardy the closer he gets to the truth.

Q:    What inspired you to write the book? A particular person? An event?

A:    Having twice been mugged in Manhattan in the late Seventies, I long carried an image of one of the female drug addicts who had pulled a gun on me, wondering what had brought her to that point. Out of that experience I wrote a screenplay entitled, “Bedeviled: A Song for Leonard Cohen”, which won the Empire Drama Award at the NY Screenwriting Competition and the Cannes Competition in 2017. This novel sprang out of the screenplay.

Q:    What’s the main reason someone should really read this book?

A:    In addition to creating a tension-laden mystery with many unexpected twists and turns, I was intent on conveying New York City and its noir culture at that time. For those who lived through that period it will be a reminder of the extent to which social attitudes have change. And to those who have a romantic notion of the Seventies, it will be a sobering immersion in reality.

Q:    What’s the most distinctive thing about the main character? Who — real or fictional — would you say the character reminds you of?

A:    Charles Bateman, the intended victim who is forced to defend himself, is a flawed hero, somewhat selfish and hedonistic, who can’t shake off his sense of guilt for what might have been if he had acted differently. His pursuit of his own redemption is somewhat Shakespearean.

Q:    When did you first decide to become an author?

A:    At the age of twelve. This is the third book I have published under the pen name of A.I. Fabler, following “AGENDA 2060: The Future as It Happens” (described by Kirkus Reviews as “A laser-focused, irresistible lampoon of woke culture”); and “The Seed of Corruption”, a literary thriller that sends a wildlife artist into Vietnam in search of a forger during the 2004 SARS outbreak. I have another novel due for release in 2023, which is Book Two in the AGENDA 2060 series.

Q:    Is there something in particular that motivates you (fame? fortune?)

A:    Getting the story out there to be read and having someone say (as a critic of “A Song for Leonard” has just written): “Fabler is a great storyteller. Books like this are what good fiction is about”.

Q:    Which writer, living or dead, do you most admire?

A:    John Le Carré for consistently high standards and output.

Q:    Which book do you wish you could have written?

“A Song for Leonard”

“… this is an intelligent novel, beguilingly sinister and disarmingly unpredictable. A hypnotically gripping conspiracy tale ... Fabler adroitly composes a complex tale, brimful of both suspense and delicate psychological observations. In addition, he skillfully renders New York City in the ’70s in all its glamour and turpitude.” — KIRKUS REVIEWS

“I had high expectations of A Song for Leonard and I was not disappointed at all. Fabler is a great storyteller. Books like this are what good fiction is all about - they take you off somewhere new with characters with whom you can gain an emotional response - you can recognize or dislike or root for, or other - and the events are fully realized so that your immersion in the story is complete. Fabler is definitely on my "Writers to Return to" list - a very good read indeed.” — Rachel Deeming, Reedsy Discovery

“A.I. Fabler's ability to create an atmospheric, tension-laden read creates a tale replete with unexpected twists and turns. The story and characters come to life in ways the typical murder accounts don't touch, making A Song for Leonard a powerful investigation of New York City culture and conundrums that grabs the imagination with many possibilities, couched in a powerful series of revelations and self-discoveries. Its intrigue and introspection linger in the mind long after resolution is reached, and answers provided, in this musical interlude of discovery.” — Diane Donovan, Midwest Book Review

“The story was a page-turner and full of suspense. I could not wait to find out more about Suzanne. She was a woman with dreams of her own and not just an addict. The characters' personalities are excellently described and were authentic and relatable. The language and social viewpoints enhanced the characters. The story is well-researched and superbly written.” — Alma Boucher, Readers’ Favorite 5-Stars

"A Song for Leonard"