Welcome to the page of Stephanie M. Freeman.

Be sure to sign up for my monthly newsletter,  Quill's Edge

Add your email and you'll be the first to know.

Add your email and you'll be the first to know.

Betray your marital bed and maybe we’ll let you go.

Agreeing would mean certain death for Susanna. Refusing would only make matters worse. In an age when women were stoned to death for such things, would the truth even matter? Susanna took a stand for what was right. Will it be enough when it’s her word against the pillars of her community?

Betrayal is a bitter pill chased with forgiveness.

The snow was falling, and Stephanie M. Freeman was dying. A brutal attack left her with a lifetime of heartbreak and scars. Trusting others with the unspeakable made her trauma worse. Februarys are hard for her, but a promise kept, and an unlikely group of strangers reminded her of a simple, yet profound truth.

Two women on opposite ends of an ocean of time are travelers on the same path. Is the truth enough to carry them home?

Queen of Curacao is now available!

Waking up from a coma—without her memory intact—is not something Cassandra anticipated when she says her goodbyes to her best friend, promising to find her daughter, along with the other children who went missing since the arrival of an unknown criminal organization in Curaçao. 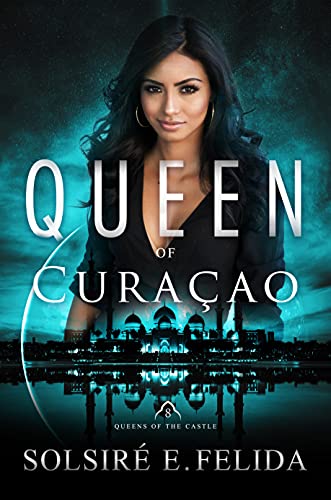 Billionaire chocolatier Caressa Sidaná is one of the most recognizable names in the confectionery industry, but she is looking to expand into other ventures.

She is shrewd and no-nonsense, but in her pursuit of business dominance, she has made some mistakes along the way, including the oft-clichéd misstep of mixing business with pleasure.

Her expansion efforts lead to a chance meeting with Ishmael Abdur-Hafiz, an international weapons dealer with the type of connections that could prove beneficial for all parties involved. Their intense attraction and mutual business pursuits draw the attention of a former lover-turned-enemy, intent on ruining everything she has built and permanently removing Ishmael from her life.

Can she find a way to deal with the consequences of her decisions and save her company from potential destruction?

ABOUT THE QUEENS OF THE CASTLE SERIES
Each Queen book is a standalone, NO cliffhangers

USA TODAY, and National Bestselling Authors have created a world where women can—and will have it all—love, family, career, and leave a legacy while overcoming generational challenges.

These powerful women, brought together for a higher purpose, change lives by providing safety for those who cannot protect themselves; care for those from tragic backgrounds, and make an impact on their families, communities, and the world at large.

The Kings laid the foundation; the Knights created a bridge of hope between continents; but the Queens will change the world. 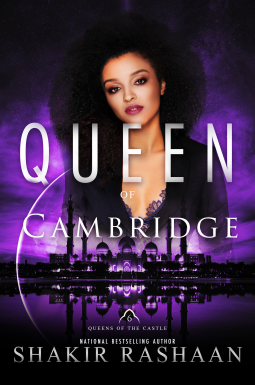 Samantha DaCosta, reporter extraordinaire, stumbles upon an explosive story in her research of several wealthy, humanitarians connected to The Castle, a place reserved for the mega-rich.

Her uncle, who is a member, has invested in a medical facility that produces and distributes vaccines to third-world countries. The medication has deadly adverse effects, which sets up Ted DaCosta as a target for blackmail.

As Sam uncovers disturbing details, she’s conflicted. When her personal safety is threatened, she must either pretend not to know the implications of this nefarious plot, or speak up and bring down a hailstorm of publicity. Danger also stalks her to Jamaica in the form of an assassination attempt.

Kingston “King” Coburn is content to support his woman’s endeavors, but when work impacts her well-being, he draws the line. Instead of pulling her back from the edge of a dark abyss, he’s drawn into the world of power brokers, who will do anything to increase their wealth.

Only the couple’s combined skills and access to a safe haven will keep them alive at the end of their harrowing search for the truth. 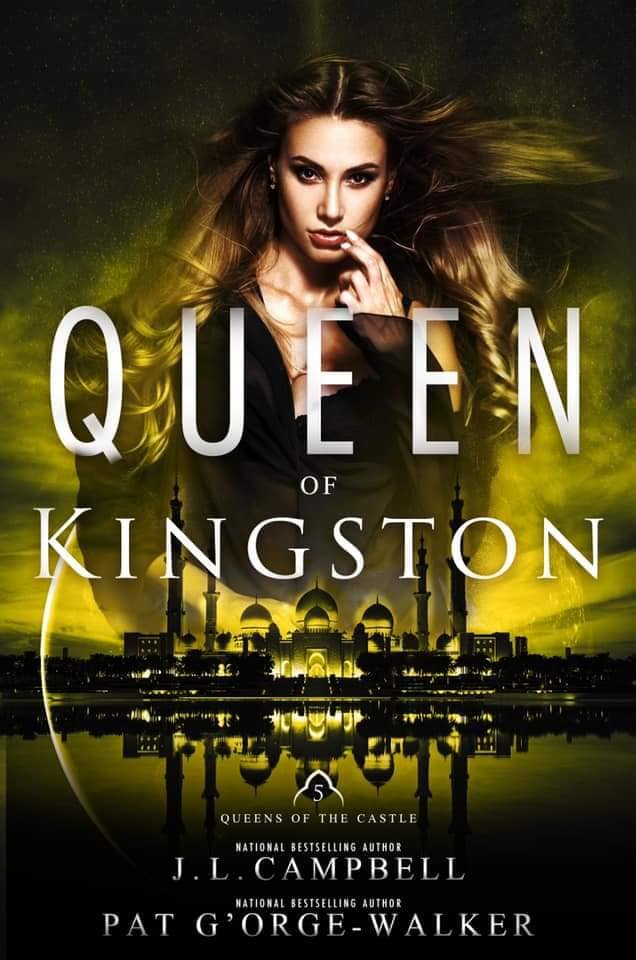 Solange Porter never believed her husband, Emeril would betray her. But he did. First, he died when he promised they'd be together forever. Then, he left her as the head of a tech company that she didn’t want to lead. She wasn’t alone; most of the staff felt the same way.

Computer programmer Wale Adisa needs Solange’s help. To get it, he will share a secret that Emeril never revealed to her. This secret will not only increase her feelings of betrayal. It may also place a target on her back that could ruin her and the company she’s trying to save.

ABOUT THE QUEENS OF THE CASTLE SERIES
Each Queen book is a standalone, NO cliffhangers

USA TODAY, and National Bestselling Authors have created a world where women can—and will have it all—love, family, career, and leave a legacy while overcoming generational challenges.

These powerful women, brought together for a higher purpose, change lives by providing safety for those who cannot protect themselves; care for those from tragic backgrounds, and make an impact on their families, communities, and the world at large.

The Kings laid the foundation; the Knights created a bridge of hope between continents; but the Queens will change the world. 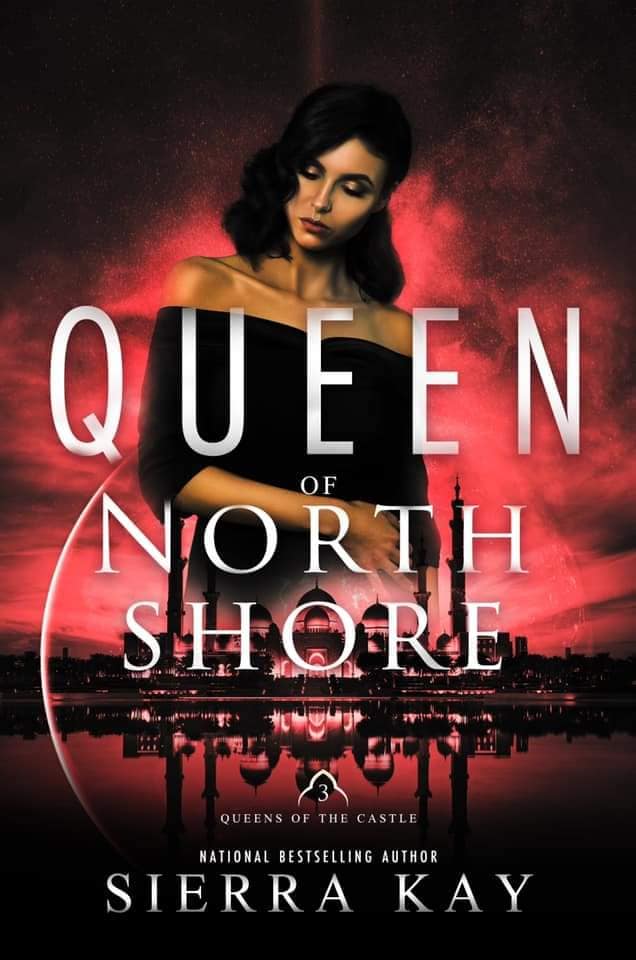 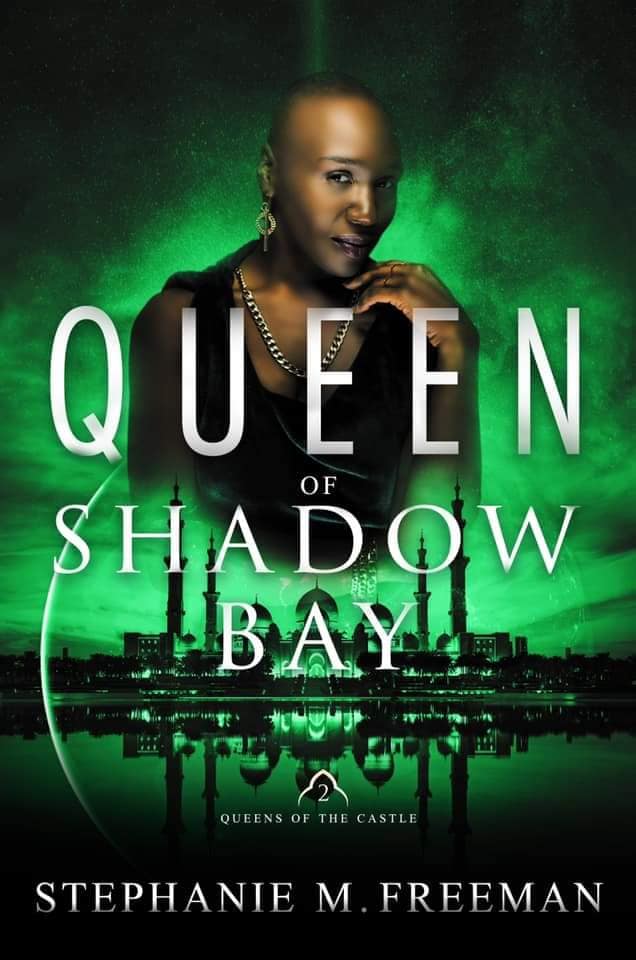 Not all monsters are born, some are made.

Killing Carpathia was the first mistake. Informing her niece made it worse. Durabia meant a fresh start for Raye Bennett. One phone call destroyed all of that. Returning to American soil could send her back to prison for the rest of her life. Attending the funeral of a family member may be deadlier. Heaven and Hell change places in this romantic thriller where the poison is sweeter than the wine. Amazon #1 Bestselling Author. 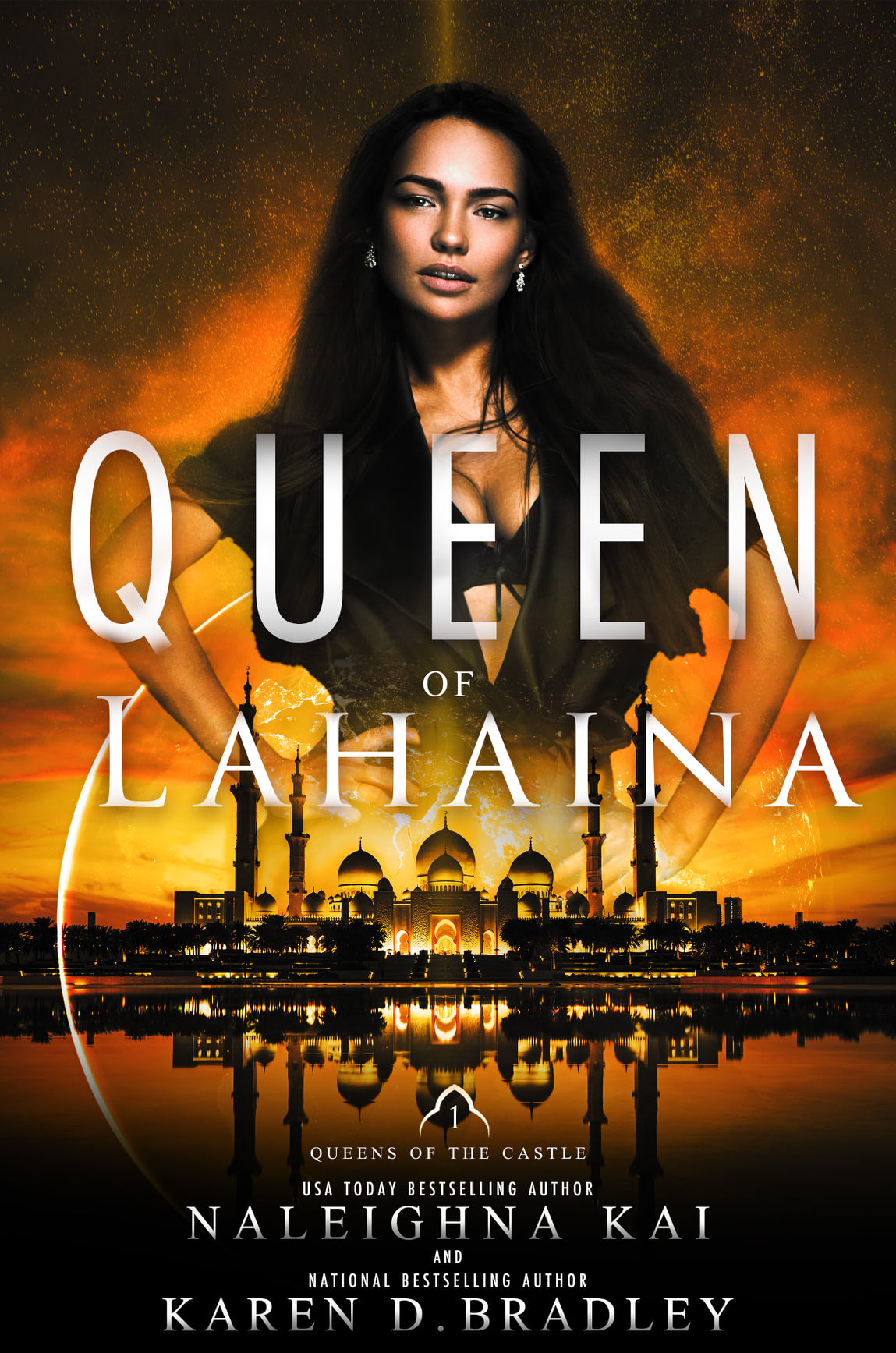 Someone is sabotaging Dr. Lani Jamison’s career and their tactics are escalating. Are the attacks attempts to prevent Lani from working with The Castle to implement robotic surgery in the hospital? Or does her association with Jordan Spears have his clients seeking to take her out of the picture?

Jordan lives a complicated life from his family dynamics to his “interesting” career. When Lani tries to distance herself from him, he’s forced to temporarily accept it as he staves off the hostile demands of his brother who has racked up debt with the criminals who won’t take no for an answer. Will Jordan be able to convince Lani that their relationship deserves a chance despite its origins? And will Lani survive an unknown enemy’s endeavor to put her six feet under?

Some relationships are made in the storm. Real love survives them. Basketball star Dallas Avery has the world in the palm of his hand and a lifetime of happiness or despair within his grasp. For accomplished businesswoman, Alicia Mitchell, love is a double-edged sword wrought with happiness and pain. Business calls the soulmates to Scotland but a new, more treacherous storm is brewing back home. Can their love weather this latest test, or will a crueler fate prevail?

ABOUT THE DAYS OF PLEASURE SERIES
Each Pleasures book is a standalone, NO cliffhangers

USA TODAY, and National Bestselling Authors take you on amazing journey with NBA Basketball Star, Dallas Avery, and Alicia Mitchell, a woman who is as mysterious as she is beautiful.
Follow this unlikely couple as they travel to exotic places such as Paris, Durabia, Caribbean, Scotland and many others. Each story embroils them in a new set of challenges and adventure as they navigate their way to love. 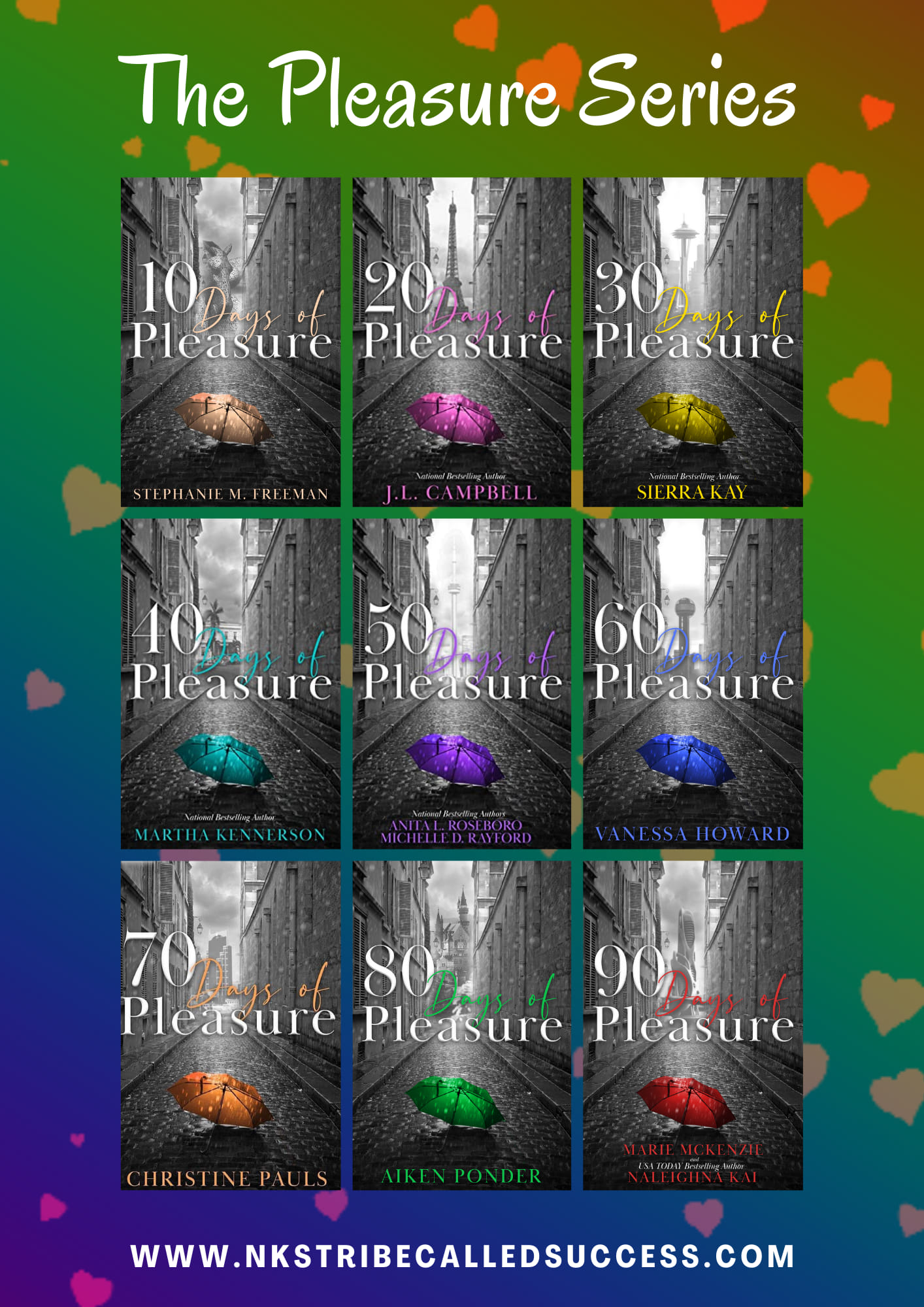 HAPPY RELEASE DAY for SEASON OF THE BLOODEverything was for sale. Even the screams..Secrets drove gifted surgeon, Olivia Calderone, away from Shadow Bay. Now that she’s come home, will something more sinister be the death of her? Homicide Lieutenant, Gabriel Garrett, is a man well acquainted with shadows and darkness. .The discovery of a mass grave in his hometown shines a light on an underworld no one knew existed. His second chance with a long-lost soulmate hangs in the balance. Will his pursuit of justice restore a love interrupted or will the truth destroy them both?.BUY IT ONAMAZON: https://bit.ly/SeasonofthebloodAZ KOBO: https://bit.ly/seasonofthebloodKBB&N: https://bit.ly/SeasonofthebloodBNApple Books: https://bit.ly/SeasonofthebloodAppleBooksCover designed by J.L. Woodson for Woodson Creative Studiojlwoodson@woodsonstudio.com.#newrelease #goodreads #stephaniemfreeman #diamondsbloodandshadows #nktribecalledsuccess #interracialromance #crimefiction #Kidnapping #SerialKillers #mysteryseries #psychological #multicultural #latinoromance 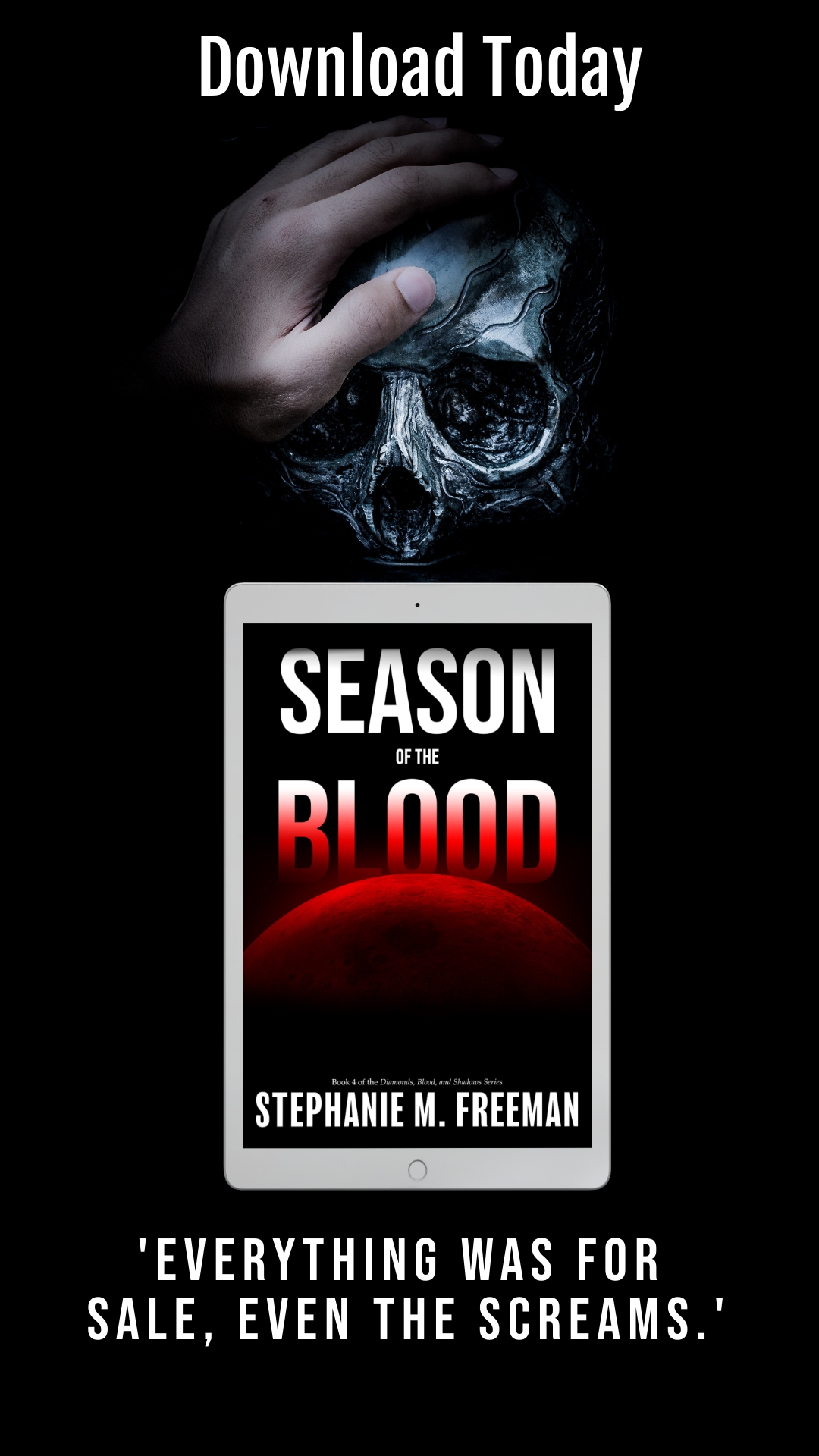 JOIN US FOR A WEEKEND OF PANELS, INTERVIEWS, WORKSHOPS & SEMINARS, GIVEAWAYS, FUN & GAMES DURING THE 17th ANNUAL CAVALCADE OF AUTHORS™

REGISTER FOR FREE. SPACES ARE LIMITED. 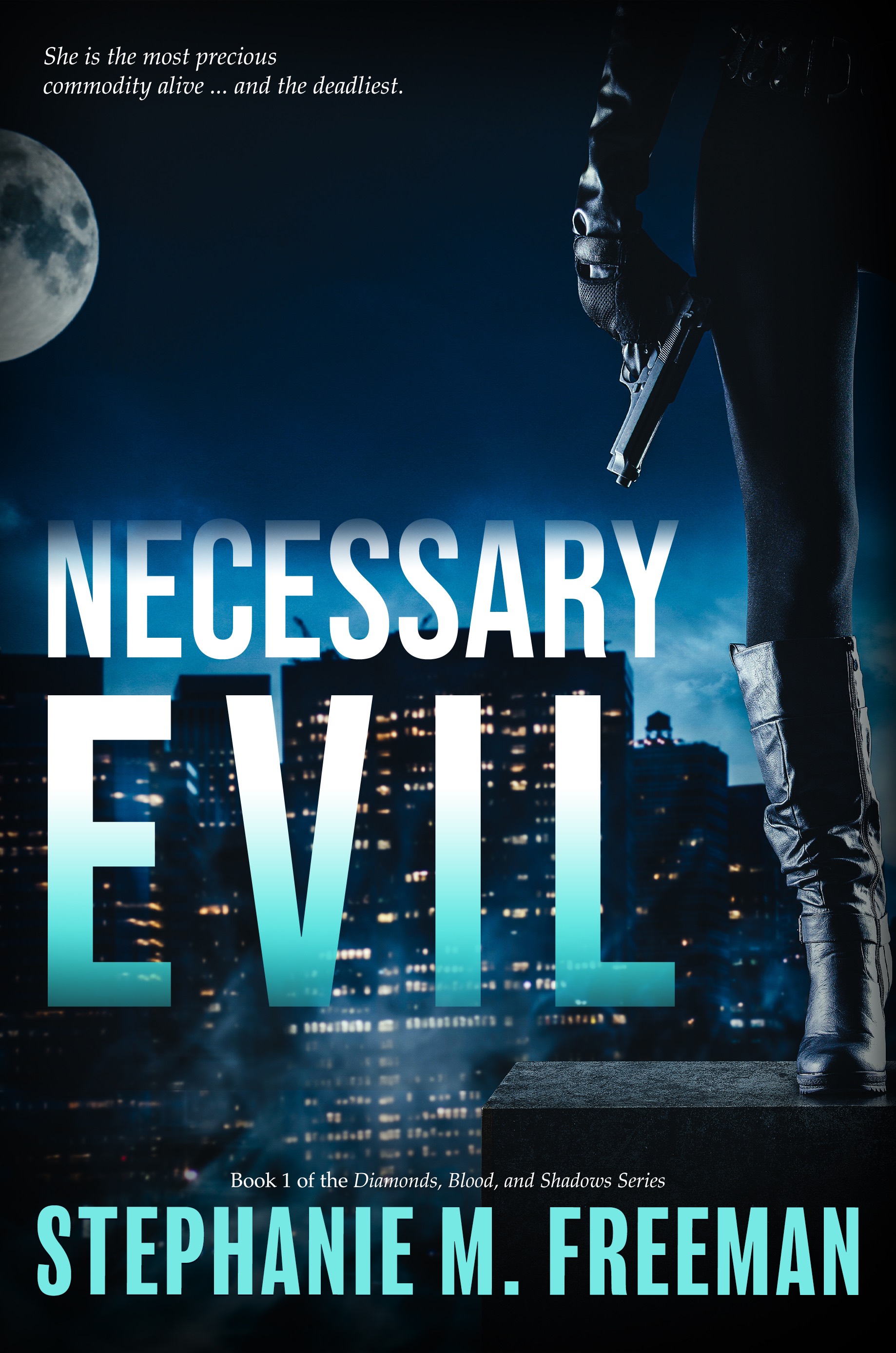 On the Dark Web, Alanna Symone is the most precious commodity alive. Fathoms below in Deep Web, she is also the deadliest. Can hard-nosed, Homicide Detective Cassiel Garrett, figure out her next move or will a “Necessary Evil” kills them both?

Buy it on Amazon
https://bit.ly/NecessaryEvilAMZ

Sex ... Blood … Diamonds. Human capital is the “new” oil. Drug cartels are the aristocracy. Bitcoin is king, but sex, blood and diamonds rule the world.

Alana Symone walked away from that world when Homicide Detective Cassiel Garrett gave her his heart and a new life. Her betrayal has a price.

Buy it on Amazon 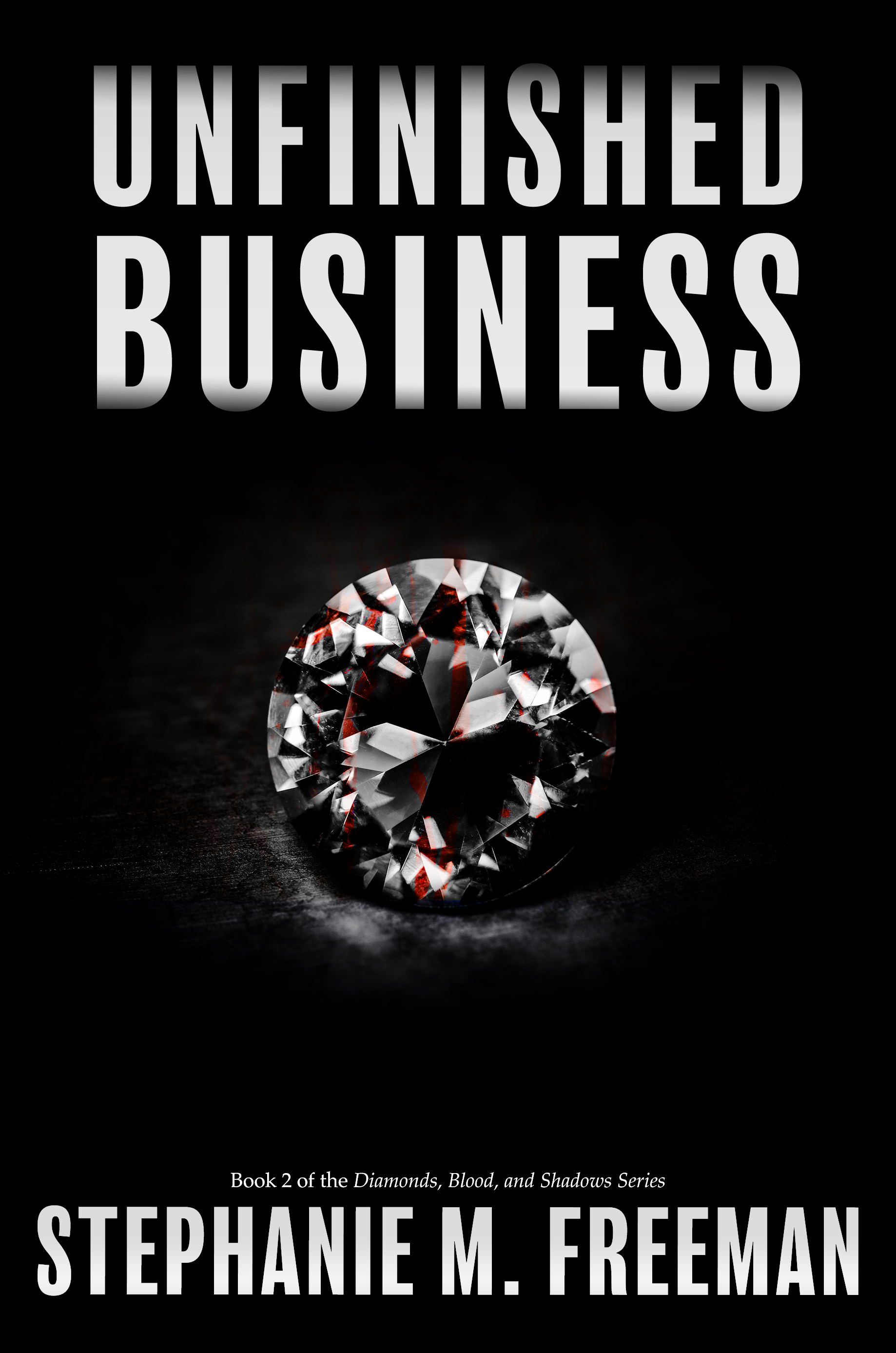 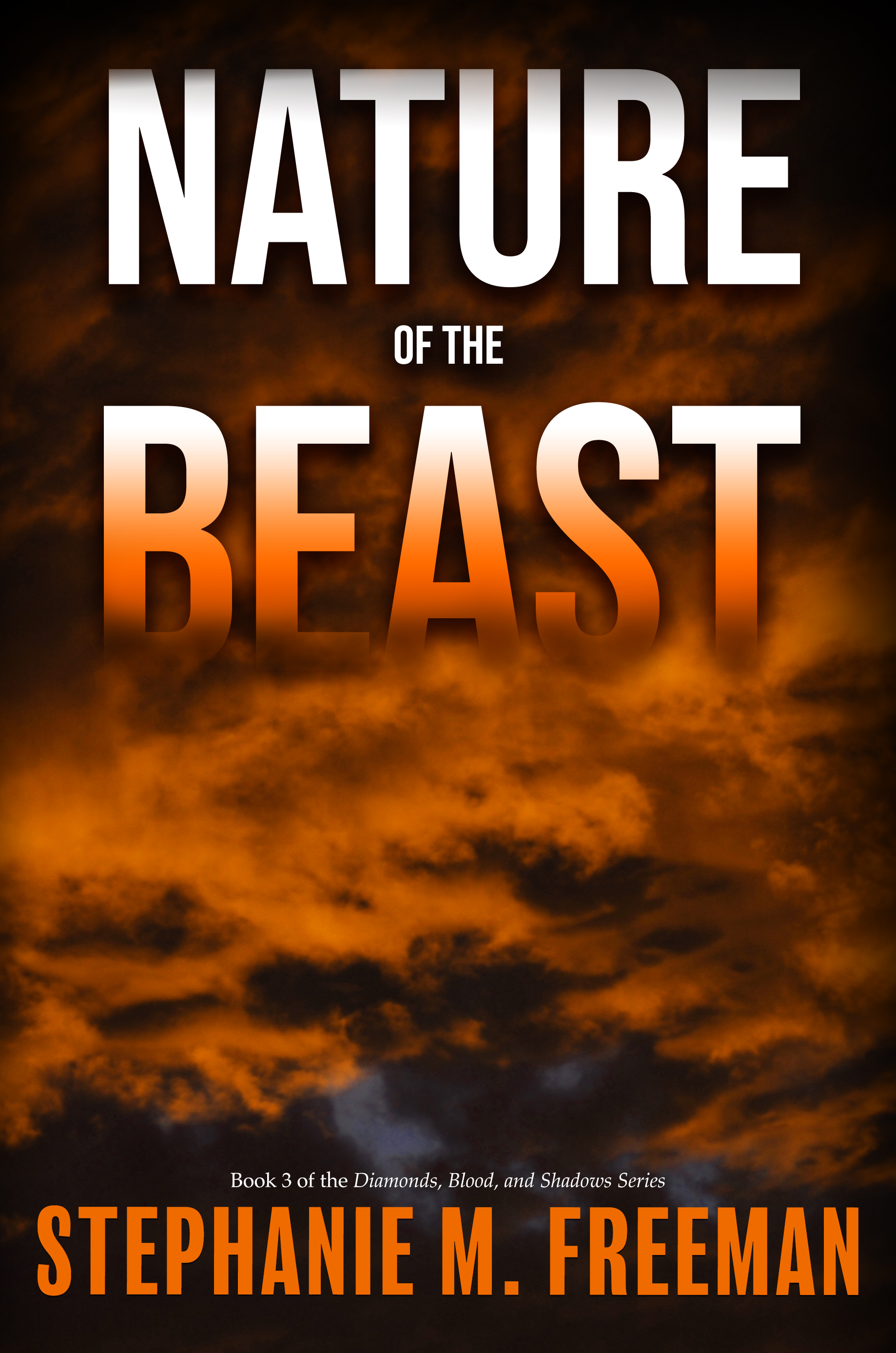 Everything vanished in the heat of a kiss … One breath and the years spun away. Someone wants to kill Willow Daniels. Can she trust the enigmatic owner of a nightclub or will the secrets that surround him destroy them both?

Buy it on Amazon 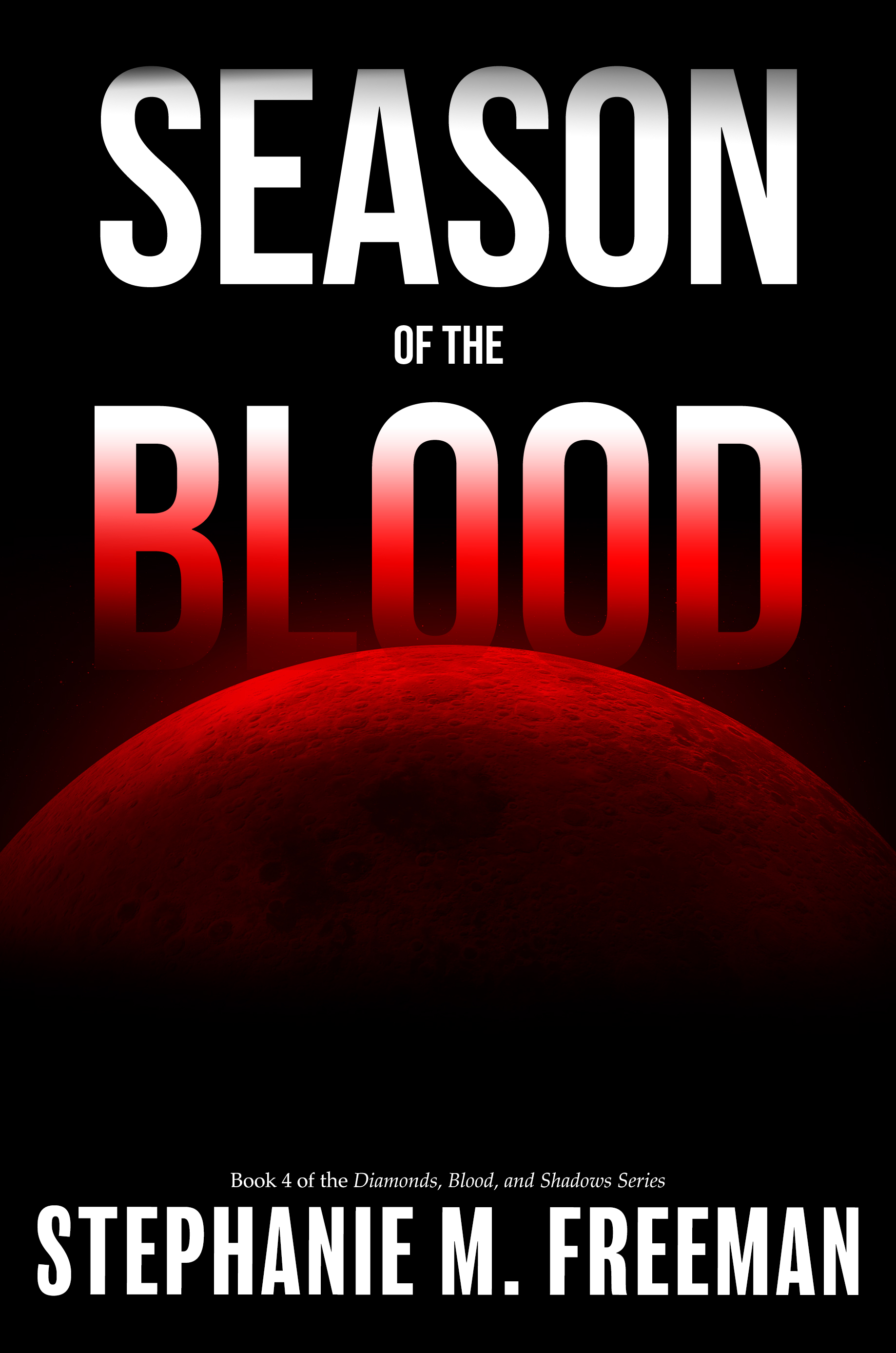