What readers are saying about THE FIX?

"Love love love it!!! This is a fantastic read with plenty of humor and romance..."

"If you enjoy a light-hearted read with strong characters, a humorous story that will put a smile on your face, then you will love The Fix!"

Mojito with a Twist Blog

"...a perfect combination of humor and romance..." 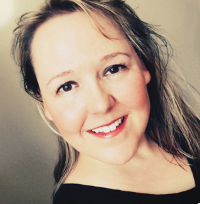 Award-winning author Sylvie Stewart is addicted to Romantic Comedy and Contemporary Romance, and she’s not looking for a cure. She hails from the great state of North Carolina, so it’s no surprise that most of her books are set in the Tar Heel state. She’s a wife to a hilarious dude, and mommy to nine-year-old twin boys who tend to take after their father in every way. Sylvie often wonders if they’re actually hers, but then she remembers being a human incubator for a gazillion months. Ah, good times.

Sylvie began publishing when her kids started elementary school, and she loves sharing her stories with readers and hopefully making them laugh and swoon a bit along the way. If she’s not in her comfy green writing chair, she’s probably camping or kayaking with her family or having a glass of wine while binge-watching Hulu. Or she’s been kidnapped—so what are you doing just sitting there?!!

**Winner of the 2017 National Indie Excellence Award for Romantic Comedy

**Winner of the 2017 Readers’ Favorite Silver Medal for Romantic Comedy