The buzz about K. Bird's Novels

"DREAM EATER brings much-needed freshness to the urban fantasy genre with its inspired use of Japanese culture and mythology and its fully-realized setting of Portland, Oregon. I'm eager to follow Koi on more adventures!" --Beth Cato, author of The Clockwork Dagger and Breath of Earth 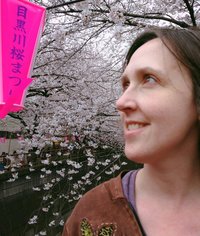 K. Bird Lincoln is an ESL professional/writer/mother living on the windblown Minnesota Prairie with her family and a huge addiction to frou-frou coffee and chocolate. Originally from Cleveland, Ohio, she has spent more years now in Japan and on the West Coast than in the Midwest. She also writes tasty speculative and YA fiction reviews under the name K. Bird Lincoln on Goodreads and Amazon. Her gender-bending historical Japanese fantasy series, Tiger Lily, is available on Amazon.com. World Weaver Press releases the start to an exciting, new multi-cultural Urban Fantasy, Dream Eater, April 2017.