Don't get caught, never fall in love, and steer clear of his daughter's friends.

The rules were easy enough for Roman Gregory...until Mila Lawson set out to break every single one of them.

When the twenty-two-year-old lands on the ATF agent's doorstep after a nasty breakup, he knows all too well that she's off-limits. At thirty-eight, he's almost twice her age, she's hurting, and the curvy blonde is his daughter's best friend.

Mila knows all about wanting what she can't have. For four years, she's crushed on Talia McPherson's scary hot, terminally single father from afar. After walking away from her cheating ex, the last thing on her mind is jumping into a new relationship.

Until she finds herself living with Roman in Santa Cruz...

Now all she can think about is making those dreams come true. With nothing left to lose, she makes him an offer he can't refuse: Two weeks. No strings. No commitments.

Roman can't have her. He shouldn't even want her. But he's going to take her anyway.

To convince her to give them a real chance, he'll break every one of her rules…and a few of his own.

What readers are saying about Devour Me

"What an enticing read! Roman’s and Mila’s chemistry sizzles off the pages and leaves you wanting more, more, more."

"Amazing, captivating story. I'm in love with the characters and cannot wait to read what happens next!!! 100% recommend!!"

"Scorching-hot taboo little story. I enjoyed it a lot. It's well written, well paced, and so hot!" 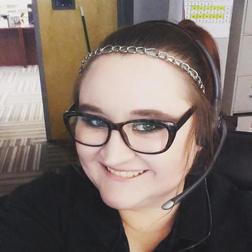 Ayden K. Morgen is the Amazon Bestselling Author of the Ragnarök Prophesies series. She lives in the heart of Arkansas with her childhood sweetheart/husband of sixteen years, and their furry minions. When not writing, she spends her time hiking, reading, causing mischief, and building a Spork army.

Ayden writes dark and steamy romantic suspense, most often centered around gang and cartel crimes such as human and drug trafficking. Her books feature alpha male cops with protective streaks, the fierce, independent women who love them, and the difficult, heartrending cases that unite them.